The passage of the 2018 Farm Bill created a significant opportunity for the cannabis industry. It legalized hemp-derived cannabidiol (CBD) at the federal level in the U.S., giving companies a way to legitimately sell CBD products. It was an exciting opportunity — but, unfortunately, hemp stocks have struggled badly over the past year.

Charlotte’s Web (OTC:CWBHF) is down about 80% in 12 months, which is in line with how the broad Horizons Marijuana Life Sciences ETF (OTC: HMLSF) has performed during that time. Tilray (NASDAQ:TLRY), which last year acquired Manitoba Harvest — the company that makes the Hemp Hearts brand of edible hemp-seed interiors — has collapsed by more than 93% over the past year.

Given their struggles, cannabis investors may be wondering whether hemp is still a safer place to invest than companies that only sell marijuana and products high in tetrahydrocannabinol (THC). Let’s have a closer look.

Is there really enough demand for hemp?

Tilray acquired Manitoba Harvest on Feb. 28, 2019, so there is not yet a significant sample size to track how the company’s done in hemp. But for Charlotte’s Web, sales numbers are showing signs of stalling over the past few quarters. The third quarter, ending Sept. 30, saw $25 million in revenue. And while that was an impressive 41% increase from the $17.7 million it generated in the prior-year quarter, it was almost a mirror image of its top line in the second quarter, in which Charlotte’s Web also recorded $25 million in sales — showing no quarter-over-quarter growth. Those revenue numbers were also only 15% higher than in the first quarter, when Charlotte’s Web brought in $21.7 million in sales.

This slowing growth comes despite more stores carrying Charlotte’s Web products. In Q1, the company touted that its products were in four national retailers across the country, with retail locations topping 6,000. By Q2, it was up to almost 8,000 retail locations, and in the third quarter that number jumped to 9,000.

Despite a 50% increase from Q1 to Q3 in the number of stores, sales are only up 15%. While these numbers are a good sign of market penetration and wide-scale distribution, they’re not translating into a stronger top line — a possible sign that the company’s hemp products are not rising in popularity.

Hemp used to be a safer investment than pot, but that may not be the case today

A big reason to invest in Charlotte’s Web in the past was that the stock was a safer buy than marijuana stocks; it was more likely to post a profit. However, in Q3, the company landed in the red after growth-related expenses were able to chip away at its bottom line. And things may only get worse, as the price for hemp is likely to fall as the market reaches oversupply and more companies start offering hemp-derived CBD products.

Tilray is a great example of a company that was able to acquire a position in hemp. Canopy Growth (NYSE:CGC) is also looking to sell hemp in the U.S. after receiving a license to process and produce it in New York in January 2019. As more competition enters, there’s going to be even more pressure to push prices down, and that will only make it more difficult for a company like Charlotte’s Web to increase its revenue. And with costs on the rise, that makes profitability less likely, which could keep investors away from the stock.

Even with the rise in competition, investors would still expect to see Charlotte’s Web take advantage of its stronger market position with more than 9,000 retail locations carrying its products — but that just hasn’t been the case, as sales are running into a ceiling.

One of the reasons consumers may be less excited about hemp-derived CBD is that in November, the U.S. Food and Drug Administration warned the public that CBD products aren’t risk-free and that they can cause harm.

Is hemp a better investment than marijuana?

There’s less risk investing in hemp simply because the products are legal across the U.S., so transporting and shipping them across state lines is not an issue, as opposed to marijuana products with THC levels over 0.3%, which are still illegal federally. However, the legality of hemp versus marijuana isn’t enough of a reason to invest in hemp. California is the largest market for marijuana in the world, and even if a company only operated there, it could still have tremendous growth opportunities.

That’s why the apparent safety that hemp stocks may offer doesn’t necessarily make them better investments than stocks that focus mainly on pot. But regardless of whether a company sells hemp or marijuana that’s high in THC, investors should look at its sales growth as well as its potential to post a profit. Strong top and bottom lines are going to be what sends a stock up in price, not whether it sells hemp or marijuana.

Next Texting while driving? Hemp? Property tax relief? What the 2020 Legislature did, or didn't do - East Idaho News

Bexar County may be the first in Texas to finalize new marijuana vs. hemp testing – San Antonio Express-News 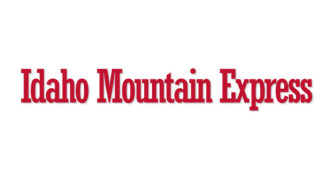