The cannabis industry has been in a transformative state for the last couple of years. With
legislative leaps to federally legalizing CBD in all fifty states, it is puzzling as to why cannabis-based
drugs are not approved by the FDA.

Medical marijuana is legal in thirty-three states while adult recreational use is authorized in ten
states. However, there is still plenty of controversy in cannabinoid-based medicines. If hemp
was legalized last year, what’s taking the FDA so long to come forth with new guidelines
regarding the hemp-derived extract?

According to experts, the FDA is only partly responsible for the slow endorsement process of
CBD based medications. When approving any drug, there is no bias involved if it can be deemed
safe and effective. The DEA (Drug Enforcement Agency) and NIDA (National Institute for Drug
Abuse) are also players in cannabis drug approval.

After President Trump signed the 2018 Farm Bill legalizing industrial hemp, FDA Commissioner
Scott Gottlieb reported that the drafting process of CBD’s regulatory framework will provide a
guide to the selling and marketing of the cannabinoid.

“We recognized the potential opportunities that cannabis or cannabis-derived compounds
could offer and acknowledge the significant interest in these possibilities. We’re committed to
pursuing an efficient regulatory framework for allowing product developers that meet the
requirements under our authorities to lawfully market these types of products,” Gottlieb states
in a CNBC interview.

Soon, the FDA plans on organizing public meetings to strategize the most effective ways to
introduce CBD into the market. “While products containing cannabis and cannabis-derived
compounds remain subject to the FDA’s authorities and requirements, the FDA will continue to
take steps to make the pathways for the lawful marketing of these products more efficient,”
says Gottlieb.

In the meantime, until the FDA approves CBD, they will continue to issue out cautionary letters
to companies who produce hemp extracts while stating claims that have not been inspected by
national agencies.

An FDA press release states warning to consumers and manufacturers of CBD. “Cannabis and
cannabis-derived products claiming in their marketing and promotional materials that they’re
intended for use in the diagnosis, cure, mitigation, treatment, or prevention of diseases (such
as cancer, Alzheimer’s disease, psychiatric disorders and diabetes) are considered new drugs or
new animal drugs and must go through the FDA drug approval process for human or animal use
before they are marketed in the US, Selling unapproved products with unsubstantiated
therapeutic claims is not only a violation of the law, but also can put patients at risk, as these
products have not been proven to be safe or effective. This deceptive marketing of unproven

treatments raises significant public health concerns, as it may keep some patients from
accessing appropriate, recognized therapies to treat serious and even fatal diseases.”

The commissioner’s announcements had no specifications of when a meeting would be held to
share feedback on the effectiveness of CBD products.

Although the FDA seems to be dragging their feet for CBD approval, the food and beverage
industry is waiting for no one. As a matter of fact, it is predicted that in 2019, Cannabinoid
infused lattes, cocktails, donuts, and more will be the biggest foodie trend of the year.

Another setback to CBD approval is the current government shutdown, which may further
postpone the intentions of a meeting to change the regulation of CBD products. According to
the Gottlieb, the concerns of delay “makes it even more important with the passage of this law
for the FDA to clarify its regulatory authority over these products.”

Next Is CBD an Effective Anxiety Treatment? 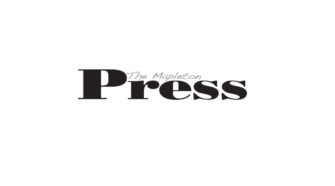