Participants in this study will be undergoing a procedure called an endoscopic retrograde cholangiopancreatography (ERCP). This procedure is most commonly performed to help treat conditions affecting specific areas of the digestive system called the pancreas and bile ducts.

The ERCP procedure enables doctors to examine the regions of the digestive system called the pancreas and bile ducts. After sedating a patient, a bendable tube with a light (called an endoscope), is inserted through the mouth and into the digestive system. Within the digestive system, the doctor is able to identify the opening to where the gallbladder drains into the small bowel called the ampulla. Using the endoscope, a small plastic tube is then placed in the opening and dye (also called contrast material) is injected bile duct (where bile leaves the liver from). X-ray pictures can then be taken to provide further information to the doctor.

Sometimes it is necessary to make a cut to enlarge the opening to allow easier removal of stones from the bile duct or to place plastic tubes (stents) in the bile duct. To make this cut, there are two different approaches that the doctor can take:

Currently, there is not a standard that tells doctors what cutting technique to use. The decision is entirely up to the individual doctor.

The purpose of this study, called a feasibility study, is to determine if the needle-knife fistulotomy is at least as safe and effective as the standard access technique, if not safer.

If it can be shown that the needle-knife fistulotomy is safer and/or more effective, then it could change the way that doctors conduct this procedure in Canada and the rest of the world. 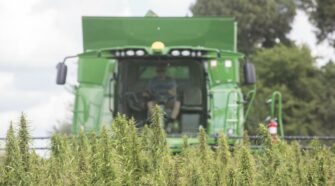