So my broke ass friend and I thought it’d be smart to go half on a syringe. Now the only issue is we don’t know the best way to split it. The best idea we have is to squeeze some oil on Oreo’s but we’re concerned that it may “expire” or start to stink if we leave the Oreo’s in a food storage container. I won’t have much free time to use them often so I plan on having them stored for 1-2 months. Any other suggestions or experiences with this?

Checked out some videos of people making gummy bears and stuff but I’m wondering if that’d stink up our respective living spaces (college campus apartments)? Also we’re terrible in the kitchen.

Edit: Watched a video saying oils should be stored in glass bottles or other air tight containers. Sorry for being dumb but could I literally just squeeze some out of the syringe and into a snapple bottle or pill bottle?

Previous Buds & Duds: Cannabis stocks sink on Friday with most in the red; TerrAscend jumps

Next Cannabis oil: Why it could REALLY be the miracle sleep saver 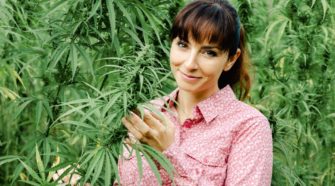