Harmonizing to the strum of a guitar in their Waco law office, attorneys Will Hutson and Chris Harris have a message for people caught with pot in the Lone Star State.

In a music video released Monday, the two partners of Hutson & Harris—who’ve gotten their 15 minutes of fame for past songs, including “Don’t Eat Your Weed”—have a humorous take on a serious kerfuffle that’s swept the Texas criminal bar since June, when a new law went into effect to legalize hemp in Texas.

House Bill 1325 changed the definition of cannabis: If less than 0.3% of THC, it’s legal hemp; if the THC content is greater, it’s illegal marijuana. Because crime laboratories don’t yet have the equipment and expertise to test THC content, prosecutors in large Texas cities have dismissed cases and stopped accepting new misdemeanor marijuana possession cases. The Texas Department of Public Safety responded with a new policy to cite and release, rather than arrest, most misdemeanor marijuana offenders.

Hutson, a criminal-defense lawyer, and Harris, a civil litigator, crafted their newest melody to help people remember what to say if police pull them over and find cannabis.

“Is it hemp? Or is it weed? Is the THC over point three? You don’t know: You’re not a testing facility. It could be hemp; unless you call it weed,” they sing. “You don’t have to lie, when a cop says, ‘What’s this?’ After all, you’re not a freaking scientist. It might be hemp, if you don’t call it weed. They’ve got to test it, unless you concede.”

The two harmonious counsel have been putting out music videos for three or four years. Hutson said the pair likes to choose topics that are trending, and then boils any complex legalese into a song that’s accessible to the layman.

“We tried to let people know what the law is, and what the law was, and give them an idea of what they can legally and honestly say if they are in the unenviable position of having to answer questions by law enforcement about what may or may not be hemp or marijuana,” Hutson said. “How do you answer the question without implicating yourself? The correct answer is, ‘I don’t know what it is. You’re going to have to test this stuff.’”

Hutson describes himself as a self-taught musician. On the other hand, Harris worked as a professional musician between undergraduate and law school, and now plays in a cover band, “Alamo Basement.”

“It’s the only reason we have any notoriety at all—because of these videos,” Harris said, noting that he and Hutson crafted their first song in lieu of complying with their information technology contractor’s incessant push for the attorneys to write a blog so their website would rank higher in search results.

“We wouldn’t do it,” Harris said about blogging.

Their most popular video to date, “Don’t Eat Your Weed,” got half a million views on YouTube and 5 million on Facebook, Hutson noted.

“We have ‘Don’t Eat Your Weed’ shirts,” Harris added.

Harris’s civil practice is represented in the songs, “Please Shut Up!” which counsels clients not to give recorded statements to insurance adjusters, and “Don’t Call Us (With Medical-Malpractice Cases),” a roast on tort reform that rocked the med mal bar in 2003.

“It’s been one of the most positive experiences I’ve had practicing law. The reason is not a massive uptick in business. We got some,” Harris said. “As a civil attorney, I’m not sure being known in one of the most conservative counties in Texas as ‘the weed lawyer’ is incredibly helpful for my business. But what is helpful is when people contact us: Now, they sort of feel they know us.”

➤➤ Cannabis law is going mainstream. To find out what it all means for your practice, check out a new special report on cannabis and the legal industry, and sign up for Higher Law, Law.com’s exclusive weekly newsletter that tracks cannabis practices and the latest regulatory developments. 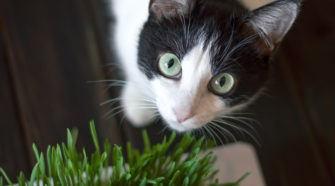