Production of hemp was banned in the United States in 1937 under the Marihuana Tax Act.

A strain of Cannabis sativa, its low concentrations of tetrahydrocannabinol (THC) mean it won’t get you high. The internet is abuzz, though, with claims that it’s a green fix for a host of environmental ills.

Last year, the US legalized hemp production under the 2018 Farm Bill and now farmers can finally grow their crop on an industrial scale. But can it really revolutionize everything from the textile industry to construction?

Researchers suspect some of the hype originated with a hemp lobby that’s been sloppy with the science in its struggle to get the plant legalized. Still, studies also suggest that, with investment, it could replace some less sustainable materials.

So which claims stand up and which fall flat?

Claim one: Hemp was the first crop grown over 12,000 years ago

Most evidence suggests humans first started domesticating plants around 10,000 years ago in Mesopotamia, but there isn’t much evidence that hemp was grown quite that early.

Still, the history of humans and hemp is indeed long and intertwined. Archeological findings suggest it was grown in China more than 4,000 years ago to make paper, cloth and rope, and also for its oil.

Hemp is indeed a rich source of protein and omega oils

Hemp is certainly a versatile plant in that the various parts, from the stem to the flower, can theoretically be used “to house and clothe yourself,” according to Lawrence B. Smart, a professor at Cornell University’s School of Integrative Plant Science in New York State who is researching the potential of cultivating the plant on an industrial scale.

It’s also a great gluten-free and soy-free source of protein, and full of omega 3 and 6 oils usually found in fish, making it suitable both as a dietary supplement for vegans and as animal feed, Smart added.

“I think that claim of multiple uses including fiber and medicine is valid,” he told DW. The question is whether those are “more cost-competitive or better or more sustainable than the ones in the market we’re currently using.”

Hemp as a biomass crop — its stems are high in cellulose — or hemp oil as biofuel, could compliment other renewable energy sources. But like other energy crops, there are inherent problems with growing on a mass scale. Despite claims that it doesn’t need fertilizer, hemp, like corn, would require a lot of nitrogen.

“I just don’t think we’ve done the proper life-cycle assessments to say hemp offers any advantages over using corn biofuels,” said Smart. “It does produce a reasonable yield per acre but other crops are far more sustainable.”

Read more: Biofuels: Good or bad for the environment?

Smart’s research group at Cornell is looking into a number of potential bioenergy crops. So far, their research suggests that willow, a perennial plant, could be more sustainable than an annual like hemp. That’s because it can be planted once and then harvested for wood chips without disturbing the soil for 25 to 30 years. Everytime a field is tilled or plowed, it releases carbon into the atmosphere.

Another common claim is that hemp essentially grows itself. But because it wasn’t cultivated on a large scale during the 20th century, there are few studies to show whether or not it grows easily in poor soil.

Initial smaller-scale tests in Italy and the US show promising results on hemp extracting toxins from soil. Researchers also say because of its fast growth — when planted in the right conditions — it doesn’t necessarily need herbicides.

Hemp may be less prone to pests that plague many other crops, but growing industrial-scale monocultures is never without its environmental impacts

Hemp also contains cannabinoids and terpenes, compounds that may deter insects. But Smart says people should be wary of claims that pesticides are never required.

“We’ve found a number of insect pests that will damage [hemp] and quite a few diseases, including some new species of fungi that are being defined,” Smart said. Pennsylvania State University’s agricultural analytical services lab also found that pests like aphids, mold and slugs can damage hemp.

“If you plant a little 20-by-20-foot garden plot, it’s very unlikely that you’ll experience the full range of pests and pathogens that you would expect on 20,000 acres,” Smart added. Industrial farming of any monoculture crop leads to environmental problems, so it also comes down to how a crop is grown.

Claim five: Hemp could replace oil-based plastics and we could live in hemp houses

Companies like Australian-based Zeoform and Kanesis in Italy are producing small amounts of hemp bioplastic. But right now, producing hemp plastics is complicated, energy-intensive and expensive, so it isn’t going to usurp the petroleum-based varieties in the near future.

Still, hemp is proving a popular alternative to fiberglass for use in compressed panels — carmaker BMW is using hemp in its door panels — and as a sustainable building material.

Hemp on display at trade fair in Germany, from unprocessed plant to building materials

The deceptively named “Hempcrete” isn’t a replacement for concrete but an insulation material suitable for timber-framed houses. Most popular in France, it’s pricier than conventional alternatives, but Pete Walker, a professor at the University of Bath’s civil engineering and architecture department, says it has advantages.

“It’s a renewable resource,” Walker said. “You can grow the hemp in four months and then you’re taking carbon dioxide out of the atmosphere and locking it in this plant material.” Its breathable structure also regulates a building’s temperature and humidity, reducing energy consumption, he added.

Claim six: Hemp consumes a quarter/half the amount of water cotton does

Recent comprehensive studies on cotton versus hemp are difficult to come by. One of the most extensive reports, which was published in the Stockholm Environment Institute in 2005, compared the two natural fibers with polyester, a synthetic material.

The cotton industry is rife with environmental problems

The study concluded that cotton needs around 50 percent more water in a growing season than hemp. Unlike hemp, cotton requires a lot of irrigation and is most frequently cultivated in parts of the world that are water-scare, like Uzbekistan.

But it’s not as simple as swapping one fiber crop for another. Hemp, while extremely durable, is also expensive and energy-intensive to work into a soft, wearable fabric. And its long fibers mean the process is completely different from working with short-fibered cotton, so the industry would essentially have to “retool” to make the switch.

Claim seven: The US constitution was written on hemp

The National Constitution Center and fact-checking website Politifact both completely refute one of the quirkier claims about hemp circulating on the internet. The US Constitution, the Declaration of Independence and the Bill of Rights are all written on parchment, which is treated animal skin.

But Constitution Center says drafts of these documents might well have been made on hemp paper, as the plant was widely cultivated in North America for rope and sails at the time. Founding Father Thomas Jefferson and the country’s president, George Washington grew hemp.

The cost of cheap clothes From rags to riches

The idea of farming seems today more abstract than ever before. Jost Franko’s latest photo essay brings this distant world back to our reality, in which the ridiculous price of garments is paid by workers living in dire conditions. Pictured here is a relative of Issa Gira (67) from Burkina Faso, who’s been growing cotton for 30 years, but still earns less than a dollar a day.

After the crop is harvested, farmers just like these two in Burkina Faso have to bring the cotton to the collection centers in nearby villages. Just before the market day, farmers help each other press the cotton into a huge, hard mass so they’re able to weigh their loads. “No one really cares about farming, the first part of the supply chain,” says Franko.

The cost of cheap clothes The golden lining

Cotton farming gives work to more than four million people in Burkina Faso, and it is its second-most-valuable resource after gold. Sofitex is one of the three companies in the country that buys cotton from farmers and provides loans to cultivators, and it exports around 540,000 tons of cotton annually. Local farmers are seen here loading cotton into one of the many Sofitex containers.

“Due to western cotton subsidies, which are creating a dumping effect, poor countries are in a huge loss,” says Franko. In his opinion, the production of cotton and garments in third-world countries is just another form of colonialism. “Small workshops sometimes take subcontracted work for larger companies. The rent is expensive for most workers, so they sleep in the factories,” he adds.

The cost of cheap clothes A princess’ dress or a cushion?

In this photo, garment workers cut the textile in a factory in Dhaka, Bangladesh, the heart of the global cheap clothing industry. They earn 2.20 euros ($2.36) a day on average. Companies like H&M, Walt Disney or Lidl have their garments and home textile lines produced in the Dhaka region, which made the headlines in 2013 when the Rana Plaza sweatshop building collapsed, killing 1,129 workers.

The cost of cheap clothes The other side of the EU

“It’s hard to talk about fair conditions even when it comes to expensive, high-fashion labels,” Franko claims, describing this photo of Romanian garment workers. “The state of the garment factories in Romania is much better compared to most Asian and African countries, but wages are still extremely low, not exceeding 200 euros a month, which is worse than in China. And this is the EU!”

Although the fashion industry has been stagnating trend-wise recently, which has made more styles trans-seasonal, more than 80 billion pieces of clothing are purchased every year worldwide. But the low quality and purchase cost make the clothes disposable. In the US alone, more than 15 million tons of used textile waste is generated annually.

The cost of cheap clothes Get the London look

“The history of cotton is indeed a dark one, and in my eyes, the issues surrounding the cotton trade have never ended,” states Franko. Although much has been written and spoken about the invisible and destructive line of the clothing industry, customers seem to be immune: “I guess it’s easier to turn a blind eye to it. Those issues are structural, and don’t have to do only with garments.”

AAMU growing industrial hemp to use for auto manufacturing – rocketcitynow.com 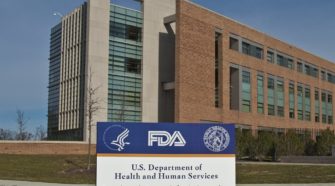