Profits have been elusive for many companies in the cannabis industry. With federal law making it impossible for companies to expand their operations across the U.S without either acquiring a company in another state or setting up an entirely new operation, it’s been very difficult for costs to stay at manageable levels. The one workaround, however, has been for companies like Charlotte’s Web (OTC:CWBHF) that have chosen a different route: hemp.

Hemp has been taking off in popularity since December, when the federal government passed the farm bill. That has led to a lot of growth for Charlotte’s Web. The Colorado-based company sells CBD products, including gummies, oil capsules, and even has products for dogs. In addition to selling online, the company has expanded through agreements with retailers across the U.S. and its products are found in thousands of stores in states where hemp products are permitted. In the past four quarters, sales have totaled more than $85.9 million. That’s 24% higher than 2018’s revenue of $69.5 million and more than double the $40 million Charlotte’s Web was able to generate in 2017. Amid all that growth, the company has been able to remain profitable.

In its last fiscal year, it posted a profit of $11.8 million, which was up from $7.5 million the year before. This year, it has continued to be profitable even while expanding very rapidly. In its most recent quarterly results, sales were up 45% year over year, and although profits of $2.2 million were down from the previous year, the company remained in the black.

One area where Charlotte’s Web has been a force has been in retail. Back in Q1, the company had already achieved significant growth, announcing that more than 6,000 retail locations were receiving the company’s products as of May 8. The company had already added 2,300 new retailers in 2019, which was already more than it added during all of 2018. And as impressive as that has been, Charlotte’s Web has continued to grow since then.

In Q2, the company announced that more than 8,000 retail locations were now carrying its products. Even large national retailers like CVS and Kroger have been stocking them. Retail sales have accounted for the majority (53%) of revenue, making it a great source of success for the company. E-commerce has generated the other 47% of sales.

Had Charlotte’s Web been selling marijuana products,  this wouldn’t have been possible. The company wouldn’t have been able to ship its products to retailers all across the country, and it certainly wouldn’t have the strong retail presence that it has today. By forming these relationships with retailers, the company has a big advantage over other entrants that may be looking to sell competing hemp products.

Why does this matter to investors?

Investing in hemp is a much safer option for cannabis investors, who may be concerned about the lack of nationwide legality of marijuana in the U.S. and the impact it could have on the industry’s growth. Although over the long term, the marijuana market may explode in size, that’s still a long way from happening.

In the meantime, investors can look to companies like Charlotte’s Web with more-sustainable businesses that can offer safer returns.

Next Hemp farmers face $7.5B in losses as banks struggle to come to terms with CBD - Farm Forum 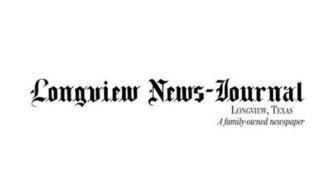