(Crete, NE) — Since hemp became a legal crop, there has been a ton of interest and some suspicions in growing the crop and building industry on the crop.

Andrea Holmes, professor of chemistry at Doane University says it’s not unusual for people to be suspicious of something that has been illegal for so long.

“Hemp is an amazing crop,” said Holmes.  “It has so many functions.  You can harvest it for the seed that has a lot of proteins, alpha-omega acids.  You can harvest it for the flower that has all of the cannabinoids for extraction.  You can use it for the roots, which are soil remediators because the roots are so long.  It’s been used in Chernobyl for soil remediation of the radio-nucleotides after the nuclear disaster.  The roots also exude a lot of medicinal compounds that can be used.”

Along with the people interested in growing hemp, many people are becoming interested in hemp for its fiber qualities. Holmes explains more on the fiber part of the hemp plant.

“The fiber part of the plant is just absolutely phenomenal, because it has a lot of different properties, depending on which part of the fiber you’re actually looking at,” said Holmes.  “There’s the outside of the fiber, which is the bass and the inside, which is the core.  These two different areas have different properties.  The outside, you can process it in such a way that you can make yarn-type material and you can mix it with cotton and produce clothing.”

The inside of the stock is used for making micronized wood, bioplastics, and construction items. Holmes says, right now the market is focused on animal bedding.

“There’s not a lot of margin in your return on investment,” said Holmes.  “The state really has to pay attention to what kind of machines do you need.  Fiber is something that is completely under-explored and has a lot of potential.”

Holmes says the opportunity to get into the industry on the ground level and grow local economies is pretty big. 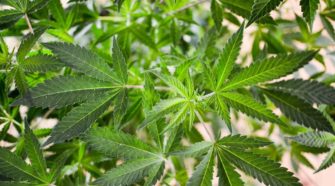