The hemp industry continues to look for federal guidance on production for 2020.

It’s been more than a month since Hemp Industry Daily first reported that the U.S. Department of Agriculture (USDA) had completed its draft of the federal hemp production rules and submitted it to the White House Office of Budget and Management, which reviews all regulations adopted and implemented by a presidential administration.

After hearing that news, the industry anticipated the USDA regulations would soon be released.

But since then, there’s been little to no word on when to expect the USDA rules, though Denver-based cannabis attorney Garrett Graff of Hoban Law Group told Hemp Industry Daily it’s likely the rules will be forthcoming within the next month.

That time frame reportedly was endorsed by a top USDA official last week during a Senate Agriculture Committee hearing.

“As you might imagine with anything at the federal government level, things move slowly, and oftentimes there’s false alarms and expectations that might go by the wayside,” Graff said.

“We still hold promise that the federal government will get the regulations implemented sooner versus later.”

Graff said that at one point the USDA was suggesting it would release the regulations in November, but then the timeline was moved up to Aug. 1. Now, it looks as if the original November date was more accurate.

“To be entirely candid, that may very much have something to do with all the other goings-on in Washington DC unrelated to hemp,” Graff said.

“As important as this is to the hemp industry, and we feel that burn very directly, it’s but one of many things that folks in DC are handling.

“And so, unfortunately, it’s not always an issue utmost importance to them.”

A USDA spokesperson reached by Hemp Industry Daily declined to talk on the record about the holdup, saying only that the agency is “exercising due diligence” in getting the rules ready.

What if the regulations are delayed?

Since March, the USDA has assured the hemp industry that it would release production rules this fall, in time for farmers to make plans for the 2020 production season.

But what happens if the rules continue to be delayed?

The hemp industry would continue to operate under the 2014 Farm Bill, and U.S. states with established hemp production programs would continue the status quo.
States with new legislation based on the 2018 Farm Bill that specifically referenced the need to submit a hemp plan to the USDA before cultivation can begin would be hamstrung by a lack of federal regulations.
Pain points needing clarity within the industry, including certified genetics, confirmation that interstate transport is allowed and clarification on how THC testing will be carried out in a universally consistent form across the country, would remain unclear.

Even if regulations aren’t released within the next month, the industry will continue to operate, Graff said.

“It would be ideal if the USDA regulations were in place within the next 60 days because most state legislatures enter into legislative session in early January,” giving states time to update their own hemp rules to comply, Graff said.

The USDA has 60 days to approve each state’s hemp plan.

“As long as those state hemp plans are being evaluated by the USDA early next year, I still believe that there would be sufficient time to uphold the stated goal of the USDA, which is to have all these plans in place in time for planting season come next April, May and June,” Graff said.

But for farmers, waiting until the last minute for regulations is not ideal or even realistic, according to Steven Turetsky, general manager for Colorado-based Shi Farms.

“You’re really racing against the clock then,” he said.

“Let’s say that the (USDA) plans come out January and states start to enact those regulations in February and open up applications. I can’t imagine people will start getting licenses till April, when you’re almost at planting season, so how do you go about buying seed and determine your strategy that late in the game?” Turetsky told Hemp Industry Daily.

“I’m sure the USDA gets it, but I hope they’re listening and hearing that if they want farmers to be successful – which is part of their job as an agency – they have to understand the timing and act swiftly to make sure everyone can have an opportunity to succeed in 2020.”

Many questions still unanswered for farmers

Turetsky said that while farmers are currently focused in on the 2019 harvest and selling their crops, they’re also trying to plan for 2020 and having the USDA regulations would provide clarity on how to move forward and at what scale.

He added that when it comes to determining which genetics to use for 2020, changes in aspects of the USDA regulations such as THC levels and testing are especially important.

Krystal Snyder, a commercial horticulture educator for Pennsylvania State University Extension, said farmers in her state are also uncertain about moving forward with their plans for 2020. Specifically, farmers are asking about:

• Whether there will be rules for required distance between grain and fiber hemp farms and CBD farms;• Whether smokable flower production will continue to be a legal product, considering some state bans in development; and• Which pesticides will be labeled for hemp production.

Snyder said her state still has not communicated when it will begin permitting farmers for 2020 hemp production licenses or making any changes to the process or cost for the program. Many states are holding up licensing until the USDA rules are presented.

University research is also on hold, as dollars have not yet been allocated for hemp research, Snyder said.

States are making their own plans

Meanwhile, in the absence of federal guidance for hemp production from the USDA as well as the use of CBD in food, beverages and dietary supplements from the U.S. Food and Drug Administration (FDA), states are moving forward with their own preparations for the 2020 season:

Ohio and Missouri have released their proposed hemp plans for the 2020 production season for public comment.
Florida has completed its rulemaking process for hemp production and is ready for final review.
Alabama and other states have started accepting applications for their 2020 hemp programs. Alabama’s agriculture department expects to double the number of farmers licensed in 2019 for the upcoming season.
Illinois has proposed a bill that would require all CBD products to meet testing requirements set by the state’s agriculture department. Right now, the FDA doesn’t heavily regulate CBD testing. 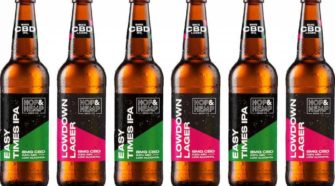