LANSING – Michigan farmers could soon have the opportunity to expand into the industrial hemp market under a plan approved in the Michigan House of Representatives.

“The growth and production of industrialized hemp has been illegal in the United States since 1937,” said Lauwers. “Through the 2014 federal Farm Bill, research in industrialized hemp was made legal. This legislation would encourage more crop diversity, generate new jobs and provide additional opportunities for local manufacturers.”

Hemp is often confused with marijuana because the plants look similar and belong to the same species, but hemp is perfectly harmless and does not produce a high. It contains no more than 0.3 percent THC, while marijuana plants contain 5 to 35 percent THC.

“Industrial hemp is far more common than most people realize,” Lauwers said. “It’s in many of the products we use every day, including insulation, interior car panels and other plastics, clothing and beauty products. In fact, as a grain elevator operator, I was required by the state of Michigan to use a hemp rope in our man lift.”

Because of hemp’s visual similarities to the marijuana plant, Lauwers said his plan incorporates a number of safeguards, including a licensing/registration requirement and pre-harvest testing of the product’s THC levels to ensure the levels are no more than 0.3 percent.

“Hemp is a re-emerging industry that is thriving in other states,” Lauwers said. “More than 30 states, including our neighbors in Wisconsin and Indiana, have allowed or are considering allowing the cultivation of industrial hemp. Our farmers also deserve this option.”

According to a House Fiscal Agency analysis, the amount of revenue that would be generated for the Industrial Hemp Licensing and Registration Fund between fees and fines cannot be readily estimated at this time. It also states the bill does not appear to have a direct fiscal impact on local units of government.

Next For cannabis business, yields are growing but society is struggling to keep up 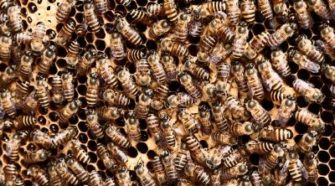