While cannabidiol (CBD) has been the darling of the U.S. hemp industry, a pocket of farmers in southern Indiana are trying to shift the focus to fiber.

Farmers are working to establish a functional cooperative in the southern part of the state, where a bulk of the hemp grown for fiber was in 2019. Marty Mahan, president of the Indiana Farmers Union hemp chapter, is spearheading a collaborative effort that will not only eliminate some of the challenges he and fellow fiber farmers endured last season, but also generate larger profit margins that most U.S. fiber farmers have yet to see.

“Myself and some other farmers in the area are in the process of setting up a non-profit cooperative,” Mahan says. “The goal is for it to be farmer-owned and to have our own processing facility so we are the middleman. When we get around to making a profit, that will go to the farmers, not a corporation.”

All in the Family

Despite his leadership role with the Indiana Farmers Union, Mahan hesitates to call himself a farmer. He grew up on a modest 200-acre farm and worked on it through childhood, but after 20 years employed as an engineer in the corporate world, Mahan says he lost touch with common agricultural practices.

But when his father’s health began declining several years ago, Mahan knew he needed to carry on the legacy built on his family’s farm over five generations. Last year, the farm earned a Hoosier Award to commemorate the its centennial (though Mahan suspects the farm is even older).

Mahan took over the farm and began renting out the land to friends to grow row crops like corn. He knew, however, that if he wanted to pass the farm down to the sixth generation and beyond, he’d have to find another crop to capture the interest of those who have yet to be captivated by traditional crops.

“I knew my daughter, my nieces and nephews—in order for any of them to take over the farm, there would have to be something else besides row crops,” Mahan says.

Indiana jumped quickly onto hemp shortly after the Agricultural Act of 2014 (the 2014 Farm Bill) legalized it, but licenses were limited to a small number of growers for research purposes until last year—over four years, only 24 acres were grown across the state. In 2019, the Office of the Indiana State Chemist, the state’s regulatory body overseeing its hemp program, finally opened up more licenses to farmers, although they still had to be part of a research initiative. Farmers planted 4,090 acres that year, and of that, the state estimates about a 25% was grown for fiber.

As others grew row crops on his farm, Mahan decided to diversify his offerings with hemp. He sectioned off 10 acres of his farm for hemp and dedicated half an acre for CBD, while the rest was dedicated to fiber.

Mahan estimates he and others in the southern part of the state accounted for 95% of the hemp grown for fiber, mainly due to their proximity to Sunstrand LLC located less than 100 miles away in Louisville, Kentucky. The company makes animal bedding, nonwoven fabrics and other products out of sustainable materials like hemp, and it had a contract with nearly every fiber grower in southern Indiana.

The farmers growing for Sunstrand started to operate like a research co-op, Mahan says, coordinating things like education efforts and seed pickups as they navigated their first time growing the crop.

It was an easy way for them to break into the industry with minimal risk. Sunstrand provided the seeds at no cost, gave growers a range of the yields they expected per acre, and farmers’ main costs were fertilizer and labor.

“Fiber brought me to [hemp] because of the simplicity, or the lack of challenges there are, in the fiber world,” Mahan says.

But as Mahan and the other fiber growers soon found out, growing hemp for fiber isn’t risk-free.

In terms of ease, Mahan compares growing hemp for fiber to growing hay. It can be harvested mechanically, laid to dry in the fields, baled and shipped off with minimal equipment that is also used for other row crops. He compares growing for CBD, on the other hand, to growing for tobacco, a more complex, costly and laborious process with its hand-driven harvesting and drying methods.

But both are just as susceptible to weather—and 2019 was a bad year for weather.

Mahan says he and several other farmers growing for fiber ran into issues with excess rain. “I got mine in the ground, it popped up about four days later, and then it rained for over two weeks,” Mahan says, explaining rain stalls hemp’s growth in its early stages. “By the time it started to grow again, weeds and grass had gotten a head start on it. I basically just tilled mine under and started all over again.”

Jim Benham, president of the Indiana Farmers Union board of directors, had a similar experience and only wound up harvesting 7 of the 10 acres of hemp he planted for fiber because of stunted growth.

Still, both were able to recover a majority of their crops and harvest at the end of the season. While some farmers had little to no issues, others had it worse. Mahan says he knows of some who weren’t able to harvest any crop at all, as it was overrun by the rain or weeds and grass.

And then, there was Sunstrand.

Mahan says he began suspecting issues with the company during the growing season. Sunstrand had been up-front with farmers about its struggles, Mahan says, and the company stopped making trips to meet with growers. In January 2020, Sunstrand called it quits and filed for bankruptcy.

“Before we even had hemp out of the field, I knew there were issues,” Mahan says. “By the time we got it all baled, it wasn’t official, but we had a pretty good feeling it wasn’t going to happen.”

Mahan, Benham and many other farmers who did reap a harvest now still have several tons of hemp each, all sitting in tidily cubed bales on their barn floors.

“The fiber was supposed to offset costs. Well, that didn’t turn out,” Mahan adds. “And I ended up spending over twice as much as I thought I was going to spend on CBD, so that just exacerbated it.”

Taking Out the Middleman

Despite a rocky first year of growing, Mahan and other fiber farmers aren’t deterred. If anything, they’re more motivated.

Working as part of an informal research co-op with Sunstrand inspired Mahan to organize a non-profit commercial co-op that will be registered as an LLC. His ultimate goal for the co-op is to have its own fiber processing facility to assure hemp fiber farmers have buyers for their crops. Proximity to a processing facility is vital for farmers growing for hemp, Mahan says, as transportation costs are a major factor in determining where to source from.

“We will more than likely have three, if not four, satellite facilities around the state and then just one central processing plant,” Mahan says. “The immediate plan is to get one set up in the southern part of the state, where we know we’ve got a significant interest.”

Mahan says he’s currently working on finalizing the bylaws for the co-op and beginning to search for financing options through investors and grants. He hopes to have the co-op functioning and the fiber processing facility in place by 2021.

It’s good timing for the farmers in Indiana, who are grappling with new regulatory barriers this upcoming growing season. The state recently revised its hemp program and now dictates that any farmer wanting to grow hemp this season must have a contract in place with a buyer first.

It’s unknown whether that provision will be permanent, as Indiana’s state hemp plan is still under review by the U.S. Department of Agriculture. But if it is, the Indiana Farmers Union will be ready.

“Once we’re set up and have a market, then the co-op will issue contracts to everyone who wants to raise fiber within the co-op,” Benham says. “We think the long-term play in hemp is still fiber.”

The new hemp regulations in Indiana are likely to deter at least some farmers, especially those growing for CBD in an already crowded market. But those who grew for fiber have time on their side. Those bales sitting in barns from 2019 could still be processed next year and even longer if kept out of humidity.

And although hemp for CBD is pulling in a majority of profits now, many farmers—including those with the Indiana Farmers Union—see fiber as the end-use that will ultimately reign for hemp.

“I don’t believe hemp is ever going to be more than a niche crop,” Mahan says. “…Nobody’s going to make a ton of money for fiber or grain, but the idea is there’s a fair profit to be made.” 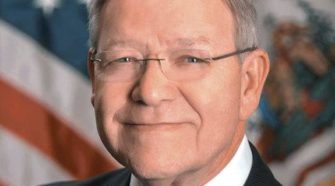