The state recorded$529.9 million in taxable cannabis sales during the fiscal year ending June 30. (Adult-use cannabis sales began on July 1, 2017.) Of that, $424.9 million were recreational sales of the plant, and the other $105 million in sales came from the state’s nearly 16,000 medical cardholders.

With $989.7 million in total contributions to the economy-including auxiliary businesses that supply, outfit, and shelter cannabis companies-the industry also brought 8,300 full-time equivalent jobs to the state, the Nevada Dispensary Association said. Of that sum, the industry generated $443.3 million in direct, indirect, and induced labor income.

“I’ve been dreaming for this day for a long time, and honestly I didn’t think we’d get here,” said John Restrepo, principal of Las Vegas-based RCG Economics, the firm that conducted the economic analysis for the NDA. “It was a strong year.”

With about 6,000 direct industry jobs, cannabis in the Silver State has grown to account for more jobs than Nevada’s utilities and residential construction industries, and is now on par with the number of jobs in the state’s accounting and payroll industries, Restrepo said.

State officials announced earlier this year that Nevada raised $69.8 million in tax revenue from cannabis during the 2017-2018 fiscal year. The state maintains a 10% excise on recreational cannabis sales and a 15% duty on wholesale shipments of cannabis from cultivators and producers to retail stores.

But Restrepo warned that taxation of the plant will play a “significant” role in marijuana’s growth. Average tax rates exceed 33% across the state (when adding local municipal taxes to the state’s 25% bite) and reach as high as 38% in municipalities with higher local rates. Restrepo wasn’t the only one to suggest the future of Nevada’s cannabis industry may depend on how the plant is taxed.

Andrew Jolley, president of the state dispensary association, estimated that the illegal market currently outsells legal cannabis in Nevada by at least three times due to lower prices on the street.

“It has been very fun and very exciting, but we’re not perfect as an industry,” Jolley said. “I think there are definitely things we can do better.”

John Ritter, who sits on the board of The Grove Dispensary in Las Vegas and was one of only two industry members nominated by Nevada Gov. Brian Sandoval last year to a marijuana task force, called illegal dealers his dispensary’s “biggest competitor by a long shot.”

“In order to help our businesses survive, we have to combat the black market,” he said. “That’s not a minor burden for us.”

Nevada state Sen. Tick Segerblom, who sponsored and helped pass legislation for marijuana in Nevada, said that among the priorities for expanding the legal industry include better incentivizing medical buyers to purchase the plant as registered state cardholders.

Since recreational marijuana launched last year, the number of medical cardholders in Nevada has dropped more than 40% from its peak of 28,000 in June 2017.

Segerblom, who is running for a position on the seven-member Clark County Commission in next month’s election, advocated for state officials in attendance to address the issue at Nevada’s biennial Legislature next fall. Reducing taxes for licensed medical buyers will make the state application fee and mandatory doctor’s recommendation-which combined can cost more than $200-worth the effort for a medical marijuana card.

He cited legislation in New York, which would require health insurance plans to cover medical marijuana in certain cases, as something that should be replicated in Nevada.

“The medical program is number one on our minds,” Segerblom said. “We started this program from scratch, and we wouldn’t have the success we’ve had without our medical patients.”

HOMEGROWN SERIES: Pay attention to the elements when growing cannabis at home 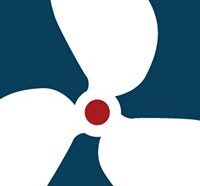