In Montana, Growing Hemp Can Still Be Risky For Farmers

Montana farmers planted 22,000 acres of hemp last year — the most of any U.S. state. Many are turning to the recently legalized option because trade wars continue to hurt profits on traditional crops like wheat and barley. But now many Montana hemp farmers allege they weren’t paid what they were promised. The result is a multi-million dollar lawsuit against the company they partnered with.

Dean Nelson is among that group waiting to learn the fate of his hemp crop. Roughly 1,000 bales still line his fields, each one about 1,400 pounds.

Last year, the northeast Montana farmer was contracted to grow almost 700 acres of hemp to be processed into CBD products. Now, like several dozen other growers, including a few family members, Nelson waits to be paid: $430,000 in this case.

“My nephew, it was everything he had. So he’s working in the oil field now. Horrible shame. But us, it’s half a million dollars out there. Yeah, I’d kind of like to have that,” he says.

Overall, court documents show farmers in Montana and North Dakota are seeking punitive damages and roughly $7 million from the lawsuit. That figure is what they were initially promised for growing nearly 12,000 acres of hemp—more than half of the Treasure State’s entire yield last year.

Nelson is the fourth-generation to farm in Sheridan County, which is wedged between Canada and North Dakota. He and his brother took over an 11,000-acre farm after their father retired in the early ‘90s.

It’s not an easy business.

“I don’t have any pictures from Disneyland or any trips we’ve gone on,” Nelson says. “Because probably in the last 10 or 15 years we’ve been gone from here a total of maybe a week a year. And that may not even all be in one stretch.”

Nelson says his operation is doing fine, but he’s not burying money in the backyard. Like other farmers, he’s getting hit by slumping revenues from traditional crops.

That’s why he decided to plant hemp last year. A booming market for the allegedly medicinal compound CBD means it’s in much higher demand than traditional grain crops.

Investment research firm Cowen estimates U.S. retail sales of CBD products are, at the low end, around $600 million. But the group forecasts sales to grow to $16 billion by 2025.

Despite the CBD hype, there still aren’t many hemp processors to sell to. That can put farmers in uncertain situations. It’s not like markets for wheat or barley with buyers that have been in business for decades.

“One of the concerns that we’ve seen in Montana is that we have a lot of farmers who are willing to grow this crop, but maybe a lot of question marks about, well, where is it going to go?” Bekkerman says.

There’s also the issue of insurance.

Hemp had been illegal in the U.S. for decades, like its cannabis cousin: marijuana. That’s despite the fibrous plant containing negligible levels of THC, which gives weed its stoney buzz.

Congress legalized hemp-growing nationally last year, but it’s still too early to get federal crop insurance for drought, disease and other hazards. Bekkerman says that adds danger to growing hemp in the meantime.

“The farmers that are more willing to accept that risk will say, ‘it really doesn’t matter. I’m going for the upside of the potential profit.’ Those who are less risk-taking are going to say, ‘yeah it’s a big deal and I’m not going to grow it until I know that there’s a safety net.’” Bekkerman says.

Dean Nelson was willing to take that risk, and, under Montana’s hemp pilot program, signed a contract with an unproven company called USA Biofuels. It turns out that company wasn’t even licensed to buy commodities.

Nelson and other farmers who contracted with USA Biofuels allege fraud, saying they weren’t paid anything close to what they were guaranteed. So they haven’t delivered their crops.

That means Nelson’s year-old hemp harvest remains stuck in agriculture limbo. He says he gets mad each time he drives by the bales still piled up on his farm.

Also piled up are bills Nelson is having trouble clearing. He needs to make payments on the credit he borrows each year to cover basic farm expenses like equipment, fertilizer and pesticides. The unsold hemp isn’t helping.

“I’m very close to being maxed-out on my operating money this year. And a large part of that money was to go and pay off my operating loan from last year,” Nelson says.

Meanwhile, a complicated series of mergers involving USA Biofuels has clouded its position in the lawsuit.

The state Department of Agriculture filed a court petition in May asking a judge to figure out which company would be liable for paying the farmers, if their lawsuit is successful, and whether that company has the money to even do so.

If the company doesn’t have the funds, the state could move it toward bankruptcy to pay debts.

“In my decade of doing this, this will be the second one,” he says.

“They’re usually more established companies and frankly a more established way of doing business,” he says. “We start dealing with newer or smaller crops, the odds of disputes or breakdowns in the classic farmer-purchaser relationship can occur.”

Lawyers representing USA Biofuels didn’t return multiple requests for comment on the lawsuit, but a legal response denies most of the plaintiffs’ claims.

Meanwhile, USA Biofuels’ parent company, Eureka 93, recently underwent widespread upheaval with the resignation of its entire senior leadership team, and all but one board director.

He was harvesting during an August visit to his farm, which means long days cutting and baling crops. Lots of sky, green and golden brown fields, interrupted mostly by machinery parked beside the gravel road cutting through Nelson’s property.

Despite the uncertainty he’s experienced with hemp, Nelson chose to grow it again this year — 880 acres. Some of the crop is under contract to a cannabis company in Colorado.

Nelson says this company inspires confidence. They’ve delivered good seed and payments on time. They even toured his fields with him from a tractor cab.

Nelson hopes the Colorado company will be a long-term business partner.

“Having that someone that you can trust on the other end. That’s huge. It makes me feel better if I can take it to my bank and show them, ‘hey here’s what our plan is, here’s what we’re doing with them.’ That’s where it really differs from wheat and other commodities that we’re used to raising,” he says.

Nelson is again willing to take a risk on the still fledgling hemp market because prices for those established commodities remain so low.

He’s running out of bins at his farm to store canola, soybeans and durum wheat — crops it doesn’t make sense to deal at today’s low prices.

“We sold some at a price that’s half of what we should get for it. If you do it on paper, you can’t make it, it just doesn’t work,” Nelson says.

Unlike with those crops, Nelson does get cold calls asking if he knows anyone with some hemp to sell. He just isn’t sure whether the folks on the line are reputable. 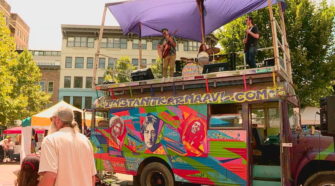