Though a commercial truck seized in what ISP at the time described as its largest marijuana bust ever — and which turned out to be a load of industrial hemp — has been returned to its owner, the state has refused to return the more than $1 million in hemp that was the truck’s cargo, writes Idaho Press reporter Tommy Simmons. And a federal appeals court has ruled that Idaho state courts are the ones that must rule on the fate of the cargo.Â

Simmons reports that the Montana State Department of Agriculture filed a friend-of-the-court brief on the side of the company in a 9th Circuit Court of Appeals case; hemp, which lacks the intoxicating effect of its cousin marijuana, is legal in Montana. The 9th Circuit ruled last week that it will retain jurisdiction in the matter, pending state court action.

The trucker, who under Idaho law could face a mandatory minimum five-year prison term for marijuana trafficking for hauling the load through Idaho on the interstate, because Idaho law still doesn’t distinguish between marijuana and hemp, faces a trial starting Oct. 2.Â

You can read Simmons’ full report here at idahopress.com (subscription required), or pick up today’s Sunday/Monday edition of the Idaho Press.

Betsy Z. Russell is the Boise bureau chief and state capitol reporter for the Idaho Press and Adams Publishing Group. Follow her on Twitter at @BetsyZRussell. 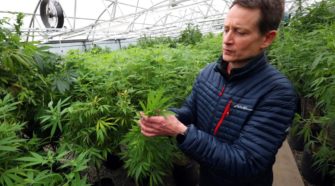