With its hundreds of applications from soaps to textiles, industrial hemp—grown from the plant Cannabis sativa—has proven itself as a valuable cash crop in the U.S. for the last 50 years.

Though a federal Farm Bill legalized hemp in 2018, cultivating the fibrous plant and its byproducts, such as CBD oil, remains illegal in Idaho. But an executive order issued by Gov. Brad Little on Nov. 19 has temporarily legalized the transportation of industrial hemp throughout the Gem State, serving as a “stopgap” measure until legislators can agree on a more permanent solution.

While industrial hemp and marijuana come from the same plant, industrial hemp sets itself apart with a negligible content of THC (tetrahydrocannabinol, the main psychoactive ingredient in marijuana). Under Little’s order, industrial hemp could be trucked across the state if its THC concentration is under 0.3 percent.

Until last week, transporting the plant in Idaho could be considered a risky ordeal. On Jan. 24, Idaho State Police arrested an Oregon truck driver on a charge of felony marijuana trafficking, even though the man demonstrated that the product had a THC content under 0.3 percent. The driver, Denis Palamarchuck, was released on a $100,000 bond.

In a separate case this year, two out-of-state truckers, Andrew D’Addario and Erich Eisenhart, were given jail time on Sept. 26 for trafficking marijuana across Idaho. Like Palamarchuck, the men said the 915 cannabis plants they were transporting were industrial hemp, not pot.

“You can’t smoke hemp. The best you’re going to get out of that is a horrible headache,” the men’s defense attorney said in court.

But the lines between hemp and marijuana can be fuzzy, Gov. Little says, and transporting industrial hemp could become a ruse to smuggle marijuana across the state.

“We need to be sure that the production and shipping of industrial hemp is not a front to smuggle illicit drugs into and around Idaho,” Little stated in a Nov. 19 media release.

His executive order dated that same day lays down a strict, regulatory framework around hemp transportation. Drivers trucking the plant through Idaho will be required to present a copy of a hemp production license, for example, as well as a U.S. Drug Enforcement Administration certificate showing the hemp’s THC concentration. The plants must also be labeled with destination and origin, lot number, weight and the type of vehicle transporting it. 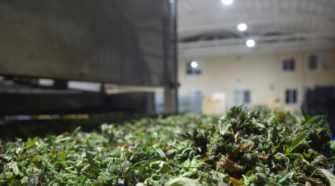