Idaho Gov. Brad Little on Tuesday issued an executive order aligning Idaho law enforcement activities with federal law to allow the transport of hemp across the state, but one lawmaker says parts of the order appear to violate the U.S. Constitution.

The Republican governor issued the order in the wake of a U.S. Department of Agriculture interim rule published in late October that Little says likely puts Idaho in conflict with federal law contained in the 2018 federal Farm Bill signed by President Donald Trump .

Little said the executive order is needed to temporarily resolve the conflict until state lawmakers find a permanent solution.

“My executive order is a stopgap measure to address the narrow issue of interstate transportation of hemp until the Idaho Legislature develops a permanent regulatory framework around hemp,” Little said in a statement.

Republican Rep. Judy Boyle said hemp truckers are already allowed to cross the state under federal law. She said Little’s order potentially violates the U.S. Constitution by requiring hemp transporters to stop at the first port of entry and declare the presence of hemp, which is not something transporters of other products are required to do.

“I think it makes it murkier,” Boyle said about the executive order.

Federal law prevents states from prohibiting the transportation of legal hemp, according to the Farm Bill. But Idaho’s anti-marijuana laws are so broadly written that they include hemp.

In January, Idaho authorities arrested a truck driver and seized nearly 7,000 pounds (3,175 kilograms) of what they believed to be marijuana, even though the company shipping the material said accompanying paperwork made clear it was industrial hemp.

As a practical matter, Boyle said the Idaho Legislature when it convenes in January could pass a simple bill aligning Idaho law with federal law and make it an emergency measure to go into effect as soon as Little signed it.

Still, many lawmakers, including Little, are concerns about marijuana making it into Idaho under the guise of hemp.

“I have stated I am not opposed to a new crop such as hemp, but that we need to be sure the production and shipping of industrial hemp is not a front to smuggle illicit drugs into and around Idaho,” Little said.

Boyle would like to see lawmakers remove hemp from Idaho’s list of restricted drugs, which would allow farmers to grow the crop.

Boyle was among lawmakers in the House who tried earlier this year to pass legislation to legalize the growth, transportation and sale of hemp throughout the state, but the measure was amended in the Senate and lost support. That bill was among the most notable battles during the legislative session.

Backers say the Idaho climate is ideal for growing hemp and farmers could sell seeds and an extract called cannabidiol, or CBD, which is seen by many as a health aid.

In its purified distilled form, CBD oil commands thousands of dollars per kilogram, and farmers could make more than $100,000 an acre growing hemp plants to produce it.

Copyright 2019 The Associated Press. All rights reserved. This material may not be published, broadcast, rewritten or redistributed.

Banking Rights in the Hemp Industry: We Need “SAFE” Banking – Ministry of Hemp 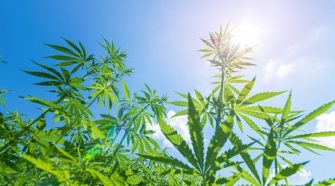