The past couple of weeks have been pretty ugly for investors. Since the broad-based S&P 500 reached its all-time closing high on Feb. 19, the benchmark index has logged five of its eight-largest single-day point declines in history (through March 9). In particular, the meltdown this past Monday, March 9, saw the S&P 500 post its largest single-session point decline (225.81 points), which equaled its 17th-biggest percentage drop (7.6%) in history.

Cannabis stocks were rightly mauled as the market nosedived

While it’d be fair to say that virtually no sectors and industries were spared, the marijuana industry, which has already been pummeled for 11 months and counting, took it on the chin. That’s because cannabis stocks were dealing with a multitude of issues throughout North America, long before coronavirus disease 2019 (COVID-19) showed up and threatened to disrupt global supply chains.

To our north, regulatory issues have led to everything from supply shortages in some regions to bottlenecks in others. Health Canada has been slow to approve cultivation and sales licensing applications, and was responsible for pushing back the initial launch date of high-margin derivatives (e.g., edibles, vapes, infused beverages, concentrates, and topicals). Meanwhile, Ontario, the nation’s most-populous province, struggled to open dispensaries with its now-retired lottery system. This kept product from reaching consumers.

In the United States, the cannabis industry’s problems have been tied to a combination of high tax rates in recreationally legal markets and licensing issues. Core markets like California are absolutely taxing the daylights out of consumers, which is making it difficult for growers to compete on price with black-market producers. There are also dispensary licensing issues, with many jurisdictions banning retail stores and even pro-cannabis cities mired in red tape over retail license issuances.

The end result for pot stocks is that they’ve failed to live up to the hype, and Wall Street has punished them accordingly for it. With most cannabis stocks expected to be unprofitable in 2020, and a number of North American pot companies scrambling to shore up their balance sheets, it’s really no surprise that pot stocks have gone up in smoke.

However, this trimming in valuations was exactly what I was waiting for with one marijuana stock. As the market crashed on Monday, I decided the time was right to dip my toes into the pond with MediPharm Labs (OTC:MEDIF).

MediPharm is part of a well-known trio of extraction-service providers, which also includes Valens (OTC:VLNCF) and Neptune Wellness Solutions (NASDAQ:NEPT). Of course, Neptune only has about 200,000 kilos of annual run-rate processing capacity in Canada, with well over 1 million kilos of annual run-rate processing capacity in the United States. So, really, we’re talking about MediPharm and Valens as the third-party hemp and cannabis processing kingpins in Canada.

Processing hemp and cannabis is going to prove especially important for the pot industry moving forward. That’s because derivatives officially hit the market in mid-December, and they yield substantially higher margins for growers than traditional dried cannabis flower. But to produce derivatives, growers need companies like MediPharm or Valens to process hemp and/or cannabis to yield resins, distillates, concentrates, and targeted cannabinoids. This places MediPharm at the epicenter of the hottest trend in Canada’s marijuana industry.

Understandably, it’s not going to be a parabolic launch for derivatives. As stated, Canada is having its fair share of issues getting product from growers to consumers. Fortunately, there are solutions in place to make this seed-to-sale transaction happen quicker. Ontario has abandoned its lottery system for a more traditional license vetting process. New retailers should begin popping up in the province by April, with an expected tenfold increase in stores by the end of this year. This should put Ontario at roughly 250 open dispensaries, and provide both MediPharm and Valens with a healthy sales growth runway throughout 2020.

Another factor that draws me to MediPharm is that its services are typically performed via fee-based contracts. In other words, MediPharm (and its shareholders) have a pretty good idea of what to expect with regard to sales and cash flow given that many of MediPharm Labs’ processing customers sign volume and price commitments that are good for 12 months or longer. In other words, there’s some level of predictability in an otherwise highly uncertain industry.

One of the reasons I decided to choose MediPharm instead of Valens has to do with MediPharm filing a lawsuit in late January against HEXO for breach of contract. MediPharm alleges that it’s owed $9.8 million Canadian (about $7.2 million U.S.) for processing services rendered, and there appears to be obvious concern that this failure to collect could affect the company’s upcoming operating results. While I don’t deny that concern, MediPharm’s management has been clear that it sees this payment issue as a one-off event, and that its other clients are paying for services rendered. This provides a unique opportunity to buy into MediPharm on this lawsuit-based, one-time-event weakness.

Additionally, I’m also a fan of MediPharm for having smaller operating capacity, relative to Valens. Typically, more processing capacity would be a good thing, but considering the numerous challenges Canada has had launching new cannabis products and getting them to consumers, I find MediPharm to be nimbler and potentially able to use its processing capacity more efficiently than its peer.

And, of course, MediPharm Labs is one of the few marijuana stocks that’s actually profitable. It took less than five months for this company to go from turning on the lights to generating a no-nonsense quarterly profit, without the need for a bunch of one-time benefits.

I’m not expecting a miraculous turnaround on a dime, nor did I make this a particularly large position in my portfolio. But held over many years, I foresee a lot of value in hemp and cannabis processing companies like MediPharm Labs. 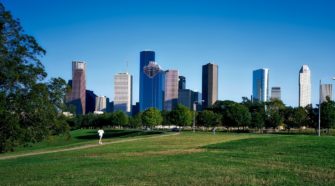 Houston Law Enforcement Can Now Differentiate Between Hemp and Marijuana