Some of the earliest enthusiasts in hemp production have emerged from tobacco country, where the existing farm practices and production infrastructure the crop requires are already in place and available. So it made perfect sense for an old-line leaf manufacturing company, like Morrisville, NC-based Pyxus International, Inc., to steer a course toward formalizing and proliferating the production of hemp.

Pyxus is a consolidated organization of agricultural companies, with roots that date back more than 145 years. Its experience as a fully integrated farm-to-consumer organization, with deep relationships among farmers in traditional tobacco growing areas, presented a tailor-made opportunity to transition tobacco acres to hemp production, says Josh Mays, the company’s Agronomy Service Manager.

Sometime after the 2014 Farm Bill authorized pilot programs for hemp production, the company began exploring the crop as a means to help farmers diversify and stay relevant with changing times. “With all of the interest in hemp, and the divergent business models, it seemed like it would be a good fit,” recalls Mays. “Not a transition out of tobacco, but as an additional crop option.”

The progression toward what has become a contract opportunity for independent farmers to sign up for hemp has allowed Pyxus to utilize its experience and expertise in agronomy, verification, and quality assurance. Hemp has, says Mays, allowed it “to transition to an ag tech company diversified across multiple crops – one with the opportunity to make and sell goods direct to consumer.”

In 2018, nearly 60% of the farmers the company does business with carried a hemp production contract with Pyxus. The company has farmer relationships in hemp throughout the Carolinas, Virginia, and Colorado.

Make no mistake, hemp is an intensive, high-touch crop in what is an almost exclusively open air farming experience for Pyxus-contracted farmers. “We don’t dictate how the farmer produces the crop as far as open or in a greenhouse, but all our contracts pay at the same level, so producing the crop under glass would likely be cost prohibitive under our system,” says Mays.

As part of the contract, farmers can expect extensive personal attention from Pyxus agronomists, including soil sampling for fertility suitability and heavy metals, a minimum of one visit from an agronomist per month to monitor crop condition, in-field crop testing to assure THC levels fall below the maximum 0.3% level acceptable for use in CBD oil, and final testing for THC and crop cleanliness at the processing facility before the crop is accepted.

“Throughout the season we keep open lines of communication with farmers, whether email, text or phone,” says Mays. “Traceability and quality assurance are critical with a product that’s going to the consumer, and the only way we can help guarantee the product begins with the grower through agronomic practices.”

One area of shifting sands for hemp production is seed genetics, but Mays says that this is beginning to settle down. Pyxus does not require specific varieties, but will perform an analysis on the growing crop while in flower. “We’re always open to new varieties, but we have to make sure it’s compliant,” says Mays.

North Carolina State University and Cornell were granted early hemp genetics research pilots, and their work has been important for companies like Pyxus that are working to raise the profile of hemp production.  “As the industry matures, it’s getting harder for companies to sell non-compliant or illegal products related to hemp and survive. It’s getting better every year.”

Schrimpf, an award-winning journalist, has covered the agriculture market since 1998. He is Group Editor of the Agribusiness Group at Meister Media Worldwide, with full editorial responsibility for CropLife®, CropLife IRON, and PrecisionAg® Professional. See all author stories here.

Next The Spiral Continues for Hemp Inc (OTCMKTS:HEMP) Shares - The Oracle Dispatch 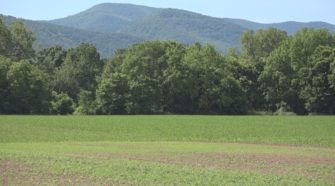