The Institute of Food and Agricultural Sciences hosted its first Hemp Field Day workshop with local farmers and others interested in growing industrial hemp.

A group of scientists, farmers and lawyers walk into a room in the University of Florida’s Straughn Center.

Some are in polos, others plaid or dress shirts and ties, but a few clothing articles 一 a shirt stating “Red, White & Hemp,” a baseball cap with the numbers “420” (a slang term for marijuana), hint at the workshop about to take place.

The UF Institute of Food and Agricultural Sciences’ Industrial Hemp Pilot Project on Tuesday hosted its first Hemp Workshop and Field Day, where experts explained the legality, biology and history of marijuana and industrial hemp, which may soon become a viable crop in the state.

“It’s from hippies to hedge funds,” said Matt Moehle, a farmer on Arrowhead Farm in southern Georgia and one of the 200 participants at the sold-out event. “It’s interesting to see so many people from opposite sides of the spectrum here, gathering about this.”

Industrial hemp differs from medical marijuana, which UF/IFAS is not currently cultivating or researching, said Zach Brym, a UF assistant professor of agroecology who works at the Tropical Research and Education Center in Homestead.

Both hail from the same plant, cannabis sativa, but industrial hemp grown in Florida must pass independent lab tests showing the crop contains less than 0.3% THC by its dry weight.

THC is the component in the hemp plant that has mind-altering effects, Brym said.

“You’d have to smoke a telephone pole’s worth to get any sort of effects (from industrial hemp),” he said.

Ruth Borger, a UF/IFAS spokeswoman, said the project is investigating the best hemp varieties to grow in the state, ideal management practices and potential invasion risk in the environment at three Florida locations.

UF/IFAS began growing 46 hemp varieties at its sites in May, she said.

Scientists are also working to determine, should the plant successfully take root in Florida, what risks it might pose for other native species.

Luke Flory, a UF assistant professor of invasive plant ecology, said about 6% of non-native crops grown in Florida are invasive, and early assessments suggest that hemp has a high invasion risk for the state. Invasive plants, such as kudzu, air potato or Brazilian pepper, can take over and overwhelm and displace native vegetation.

The USDA has already classified marijuana as a noxious weed in five states, meaning it will cause injury to native plants, animals or environments.

“We know that these problems are expensive,” Flory said. “It’s clearly a problem in a lot of different areas.”

Another regulation-driven risk could result in the intentional elimination of entire fields.

If industrial hemp tests above 0.3% THC, the entire “hot” crop becomes illegal under U.S. Department of Agriculture regulations, and needs to be destroyed.

This spells risky business, Brym said, when some seeds cost $1 apiece and planting an acre can cost between $10,000 and $40,000, depending on the variety.

“These are the things you need to be thinking about before you start growing,” he said. “Not about profit.”

If industrial hemp proves viable, it could be used for a variety of purposes, including textiles, food and health products, feed for livestock and bioplastics.

Moehle, the farmer from Georgia, said he’s concerned that hemp may be an invasive species, but is nevertheless hopeful for the crop’s future at his farm.

Arrowhead Farm has a plot of land in Florida near Tallahassee where the owners are interested in growing industrial hemp. The owners also have a bag company and own cattle, so the possibility of using the crop for multiple purposes is intriguing.

“If we could make the bioplastic and grow feed for the cattle, it would come full circle,” he said.

“I do think that being in the infancy of the business, it’s a little soon to tell how successful it will be, but time will tell.”

Next CBD And Hemp May Be Legal But Discrimination Continues - Forbes 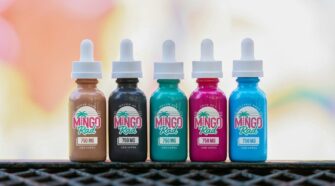