The Catskills’ first natural organic hemp dispensary is coming to Roxbury, as Hempire is scheduled to open its doors Memorial Day Weekend.

Located at 53538 Main Street in Roxbury, Hempire will be owned and operated by Sam Fundaro. Fundaro recently closed the pizzeria La Pizza Nostra in Margaretville to embark on this new adventure. The change comes as a result of an epiphany Fundaro had while on vacation in Hawaii.

Hempire will carry a range of hemp-derived cannabidiol or CBD products, which do not get you high and are legal in all 50 states for those 21 years old or older. No medical card is required. The products come in many forms, including oil, flour, tinctures, edibles and oils for vaporizers. Some of the prepackaged edibles available at Hempire will include gummies, chocolate chip cookies, fruit roll ups, and licorice.

Cannabidiol, known almost exclusively as CBD, is one of more than 100 cannabinoids found in cannabis. CBD has less than .3 percent of THC, the psychoactive element that most people traditionally associate with cannabis. Beneficial qualities CBD is reported to have many therapeutic qualities and has been used in clinical studies dealing with various types of physical pain, depression and anxiety. Fundaro became interested in CBD himself after suffering from a slipped disk in his back in addition to arthritis.

Fundaro noted that his preferred method of using CBD is smoking the flour form, saying, “It helps to alleviate the pain immediately instead of going to a narcotic or a pill or Tylenol which is going to take 30 minutes.”

The fast-growing popularity of CBD has been written about by the likes of the New York Times, CBS, and USA Today, to name just a few. Part of its appeal is its versatility. As Fundaro explains, some may prefer to rub the oil on their skin to deal with eczema, while others might prefer an edible to help with anxiety, while others may like to smoke the flour at night to help with sleep. For those that are unfamiliar with CBD, Fundaro will be more than happy to walk customers through the basics and help then to find the right form of CBD to meet their needs.

“A lot of people are going to over the counter or to the doctor’s and being prescribed a lot of narcotics, and it doesn’t really cure it, it just masks their problems,” Fundaro said, “If you have swelling, it’ll bring your inflammation down. If you have arthritis, or anxiety or depression, and you’re suffering from this, you can come here and heal yourself naturally.”

Fundaro moved more than just his business to Roxbury as he has chosen to relocate there fulltime himself. The appeal of Roxbury has been well known to Fundaro who has been a longtime DJ for community radio station WIOX where he goes by the name DJ Hat.

“What I like about Roxbury is everybody is cool. Everybody is down to earth. It’s quaint,” he said, “It’s beautiful and well kept. And there’re a lot of artists. A lot of self-independent movement which I’m all for. Roxbury offers that.”

Hempire will be open Memorial Day Weekend, starting May 24. The shop will regularly be open Wednesday through Sunday from 11 a.m. until 6 p.m. 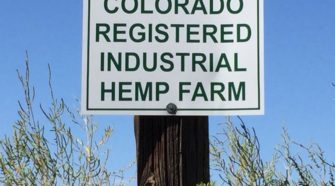