After the oil spill, the Gulf of Mexico and some inshore waters were closed to fishing. In this situation, the Gulf is open, but the customers are gone for the most part. Alabama Governor Kay Ivey and Conservation Commissioner Chris Blankenship have done everything possible to keep the outdoors open, but those who venture out must follow the social distancing guidelines.

Capt. Johnny Greene, who runs the 65-foot Intimidator out of Orange Beach, was enjoying some of the best fishing the Gulf has to offer until the virus started taking its toll on his bookings.

“We were set for the best year we’ve ever had,” Greene said. “We were pretty booked up. Then it started dwindling down as people started dealing with the reality of what was going to happen. Trips started canceling from a few days out to a few weeks out to a month out. At this point, I think the reality is we’re just trying to save red snapper season. I don’t know what will come about between now and then.”

The charter industry’s peak business occurs during for-hire snapper season, which is currently scheduled to open June 1 and run through August 1.

“We just don’t know,” Greene said. “It looks like nobody is going to fish much in April, and who knows about May.”

Alabama Marine Resources Division Director Scott Bannon is concerned about the impact the shutdown is having on one of Alabama’s favorite pastimes, not to mention the economic harm.

“The pandemic is impacting all aspects of fishing, and I have concerns that some business, especially charter, will not have the financial means to make it through this,” Bannon said. “About $300 million will become available through the CARES Act to specifically address fishing impacts. But we don’t know when that is coming or how it will be divided, and that has to cover the entire country. We do have hope that the restrictions will be lifted by summer and people will want to travel and fish on the Gulf Coast and that will help all aspects of the economy to get started again.”

Meanwhile, some boats are large enough to abide by the virus mitigation guidelines, and Greene is fortunate enough to have one.

“I can carry up to 10 people on the boat and make it work,” he said. “That would be eight passengers and two crew. My boat is in the upper echelon of charters in terms of size. I can spread people out. But a lot of boats are not as big as mine, and it’s going to cause tremendous hardships if people don’t get back to work pretty quick.”

During the offseason, the charters spend money advertising and preparing their boats for the fishing season, which usually cranks up during spring break and runs through the summer. Boat bottoms are cleaned of barnacles and new paint is applied. Engine maintenance is conducted, and propellers are refurbished. Nothing indicated they should put on the brakes.

“We just went through a long winter period of inactivity,” Greene said. “As heavily seasonal as we are, if you go through the boatyard, we had no predictions of this – you know, don’t do this or that. You’re spending your money to make preparations and get your boat ready. Then all of a sudden, you can’t go. That’s the hard part. There are probably going to be some boats that may not make it through this deal. We just don’t know what’s going to happen.”

Greene said his boat was booked for almost every day in March and most of April.

“It all started to fall apart in March,” he said. “I mean, what are we going to say to somebody if they’re scared and don’t want to go. It’s a tough deal, and it’s going to affect a lot of people.”

The uncertainty of when the virus is going to peak and start to diminish is what makes it difficult for the independent contractors like the charter captains and their deck hands.

Greene said one big difference between the oil spill and the COVID-19 shutdown is that numerous charter boats were hired by BP for a variety of tasks during the spill cleanup and recovery.

“Quite a few boats were able to get income from BP,” he said. “Some of them made a lot of money, although I wasn’t one of them. I’ve been doing this for a long time, and I’m thankful for all the blessings I’ve had. I’m not sweating it as much as a lot of guys are. This is going to absolutely cripple some of the younger guys who are just getting going. Of course, it’s not helping me at all in terms of long-term planning. But there are a lot of fishermen in town that are absolutely living paycheck to paycheck. Some filed for unemployment to have something to feed their families. It’s a challenge. Most fishermen are proud people and don’t like handouts. They just want the opportunity to go to work. You take that away and it really affects them. That mental aspect is really hard for people to understand.”

Greene said the virus outbreak couldn’t have come at a worse time in terms of fishing success. Although the charter business was steady, the fishing had been difficult for the past couple of years because of environmental factors, mostly freshwater influx from a flooded Mississippi River.

“The fishing was really good,” he said. “Things had been tough for the past couple of years. This year everything was happening. The fish were biting, and everything was going our way. The weather was beautiful, and the water was pretty. The beeliners (vermilion snapper) were biting. We were catching big triggerfish. Tuna and wahoo were cooperating. Everything you needed for a particular trip was working. Then I left on an overnight trip. I got back and everybody was freaked out. I left for one night and look what happened. It was just crazy.”

Greene was scheduled to leave on a three-day trip this past Monday, but he had to call the customers and cancel. Overnight trips are out during the shutdown.

“You just have to be understanding and try to reschedule as many trips as you can,” he said. “You try to work with people. Everybody is as scared as you are. Charter trips are discretionary money. When people are scared, they’re not going to spend any money. Nobody knows what to do.”

A couple of weeks ago, I was on a text string with my fishing guide friend, Jay Gunn, and one of the texters posted:

“I’m not sure what’s worse, being a restaurant owner in Gulf Shores or a fishing guide.”

Gunn said he definitely wouldn’t want to be in the restaurant business on the Gulf Coast right now.

“Neither one of those options are very good right now,” Gunn said. “I think I’d rather be a fishing guide because I’ve got a lot less invested in my boat and tackle.”

Gunn, who has canceled all his trips through April, said the shutdown will probably eliminate some people from the guide business.

“If you have a big mortgage or don’t have enough cash on hand to weather a couple of months, you’re probably not going to make it,” he said. “The charters and guides with long-term customers are not going to be as affected, but it’s going to be rough on the new guys.”

Gunn said this virus shutdown is indeed like a flashback to the oil spill, but he chooses to look for the proverbial silver lining.

“The good that can come out it is what I have to look at,” he said. “The beach is not destroyed. It’s just a health situation where nobody can come and fish. But if this closure lasts a while, it could be beneficial to the fishing in the long run.”

Gunn said the sheepshead are spawning right now. With very few anglers out, the sheepshead can complete their spawn virtually unmolested. That abundance of eggs will produce fish that will contribute to the stocks three or four years from now.

“If you remember, five years after the oil spill, all those giant (speckled) trout showed up,” he said. “This won’t have to go on much longer to affect speckled trout. If this extends to the middle of May without any significant fishing taking place, the major speckled trout spawn happens in early May. Now they spawn all the way to September, but the major spawn is in May. If that happens, you can expect a bump in recruitment (juvenile fish entering the adult population). Then you will have a subsequent bump in bigger fish five years from now. Any break these fish get is good for the fish. It’s not good for the fishermen, but it’s good for the fish. And that includes the surf fish, too. You can’t go to the beach, so those fish will get a break. Last year was one of the best pompano runs we’ve had in a while. Those fish won’t get caught on their spawning run either. That could mean better pompano fishing next year and down the road.”

David Rainer is an award-winning writer who has covered Alabama’s great outdoors for 25 years. The former outdoors editor at the Mobile Press-Register, he writes for Outdoor Alabama, the website of the Alabama Department of Conservation and Natural Resources.

Next Washington does brisk business in hemp licenses - Capital Press 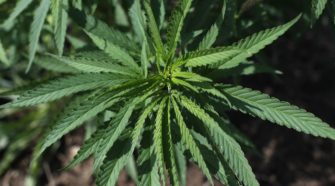