An Elizabethtown far­mer licensed to grow in­dustrial hemp has fallen victim to a growing trend across Kentucky and the nation.

James Jenkins, owner of Highland Sod Farms, reported theft of some of his 525 acres of the legalized plants. Hemp farming now is legal in 46 states with more than 16,800 individual licenses approved for production capacity exceeding 511,000 acres across the U.S. While the hemp industries these farming operations will serve are varied, a commonality among many is theft of portions of their crops.

Jenkins says he’ll be ready should future trespassers encroach upon his local croplands attempting to lift his hemp. He’s investing in security surveillance cameras and considering hiring guards to protect his agricultural investment. Jenkins also is offering a reward for information that will lead to the arrest and prosecution of thieves who made off with his plants.

We hope local law enforcement is successful at tracking down the culprits who invaded Jenkins’ hemp fields. Sneaking onto another person’s farm and pulling plants from the ground under cover of darkness – or in broad daylight as Jenkins has reported – should be treated no differently than breaking into their home to steal their jewelry and other personal valuables. Thievery is a crime.

There are many commonalities between hemp and marijuana. Both share the genus cannabis in the plant family cannabaceae among the major group angiosperms or flowering plants. Both plants are classified as Cannabis Sativa.

To the casual untrained eye, the two cousins resemble one another, too. Close inspection reveals marijuana is a bushy plant with broad leaves, while hemp is leaner with shinier leaves.

There’s another significant difference between hemp and marijuana. Most varieties of hemp genetically contain less than 0.2 percent of tetrahydrocannabinol. THC is the chemical that gives users of marijuana the euphoric high they seek. By itself, cannabidiol or CBD, in hemp won’t get a user high.

Hemp has many uses. The plant’s seed, root system, stalk and leaf fibers, buds and oil extracts are processed as raw materials for a wide variety of industrial and consumer uses. But smoking, ingesting or vaping hemp to get high isn’t one of them.

No matter how much of the hemp buds these thieves smoke, it’s quite likely the only “trip” they’ll experience will be to the county jail.

This editorial reflects a consensus of The News-Enterprise editorial board. 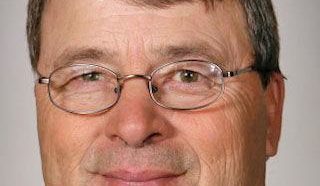