NOT POT—Above, industrial hemp plants grow on farmland off of Pleasant Valley Road just outside Camarillo city limits. Hemp, often confused with the other high-inducing varietal of cannabis, does not have enough of the chemical component tetrahydrocannabinol, or THC, which causes the high when marijuana is ingested or smoked. At left, hemp is being grown at Sunset Valley Organic Farmland Restoration Project in Moorpark. The crop, farmers say, can grow with little to no water and has a wide range of uses.

Lima beans, walnuts, sugar beets, citrus, bell peppers and strawberries. The list goes on of the different crops that have been planted and reaped over the past century and a half on fertile farmland throughout Ventura County.

Various forces, both natural and man-made, have shaped when, what and where farmers have planted over the years. So, too, have politics and public taste.

This year, those two forces have led residents from Camarillo to Moorpark and beyond to notice a new crop springing up on farms big and small.

It’s caused heads to turn and noses to be pinched. The large swaths of hemp in the county are a sign that commercial demand for the ancient plant is changing the landscape, despite the fact that it’s long been taboo due to its similarity to marijuana.

Ventura County Agricultural Commissioner Ed Williams estimates that between 2,500 and 3,000 acres of industrial hemp are being grown locally.

Due to the passage of 2018’s federal Farm Bill—which separated hemp from other cannabis plants, namely marijuana, and made it an agricultural commodity versus a scheduled drug—this is the first year that hemp can be grown legally by any farmer willing to apply for a license and pay the $900 fee.

Growers must apply for a license, pay the fee and have their crop tested before harvest to ensure it has less than 0.3% THC, the psychoactive chemical in traditional cannabis. Any crops that don’t pass the test are required to be destroyed under state law.

“Hemp doesn’t have enough of that (THC) to raise your spirits,” Williams said. “It does the opposite (and) has a calming effect.”

The leafy plant with a strong odor is making a big comeback due to the rise of cannabidiol, or CBD, oil, which is used in a variety of creams, drops and ointments to treat a host of ailments in people and pets.

The compound that is extracted from harvested hemp is also used by the pharmaceutical industry for at least two epilepsy drugs which have been approved by the U.S. Food and Drug Administration.

Hemp is regulated by the county agricultural commissioner, who issues licenses to growers. Nearly 4,000 acres were approved for hemp cultivation this year, Williams said, but only 2,500 to 3,000 acres were actually planted.

The legalization of hemp production in California followed passage of the Farm Bill, which gave states the choice whether to permit hemp to be grown, harvested and shipped.

Closer to home, hemp is a new summer crop that could cure some of the ills that local farmers face, the ag commissioner said. It has replaced more traditional agricultural commodities on fields throughout Ventura County.

California has allowed hemp-growing trials for research since 2014 and approved regulations for the agricultural crop in early June.

Hemp is a 90-day crop that grows outdoors in the summer months, but this year’s first-year planting was delayed, said Camarillo grower Phil McGrath.

McGrath has 60 acres of hemp at his farm near Central Avenue and the 101 Freeway.

Last year he planted peppers and leafy summer vegetables on that acreage, which sits behind the McGrath Farms market and offices on Ventura Boulevard.

“This crop is wonderful,” McGrath said. “Hemp is an incredibly versatile crop that has so many different uses and uses next to no water.”

Another advantage to local farms is that the crop can be either picked by hand or harvested by a combine. That option can alleviate the farm-labor shortage experienced by local growers.

His hemp will be harvested in about three weeks, and Mc- Grath is excited that all of the organically grown product will be locally sourced. None of it will be trucked out of the county, unlike most of the fruits and vegetables that make up Ventura County’s $2-billion-per-year agricultural economy.

Though hemp is new to the current generation of local farmers, it was grown in Ventura County during World War II.

First-year registration got off to a late start, which Williams thinks is why the entire 4,000 acres of hemp didn’t get planted over the summer. The price paid for hemp far surpasses what other summer crops, including peppers and lima beans, can offer local producers, he said.

Countywide, Williams said, he sees the first harvest of hemp bringing in $100 million.

“Everyone is saying you can get $60,000 per acre if everything goes well with the crop,” he said, adding that he expects the return to be slightly lower because that’s the reality for farmers.

The new field crop may push out some peppers and lima bean production, but strawberries shouldn’t be affected, the agricultural commissioner said.

Strawberries grow almost year-round in the county’s Mediterranean climate, while hemp has a window between April and October.

There are currently no restrictions on where hemp may be grown in the county, though local growers are meeting to discuss best practices and how to avoid drawing complaints from neighbors. Some have been particularly offended by the proximity of the fields to schools.

The commissioner’s office has received a few complaints about odor from Ojai and Moorpark, but none from Camarillo, where hemp fields are visible along Pleasant Valley and Las Posas roads. 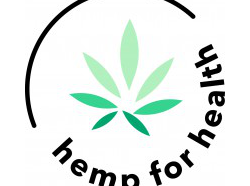