Jonathan Baker of TFP Sciences stands in a field of hemp near Whitewater, Wisconsin.

Jonathan Baker holds hemp leaves in the sunlight to showcase the variety in his hemp crop.

Several acres of Baker’s hemp crop were in limbo. He was awaiting testing to learn whether a late-October snowfall damaged or destroyed hemp still in a field just east of the Koshkonong hills in Wisconsin.

Baker, 29, moved back to Wisconsin after spending a decade in northern California. There he’d been a cannabis activist and small-scale grower of legal cannabis strains for therapeutic use.

His hemp near Whitewater was harvest-ready when the first breath of Wisconsin winter arrived, about a month earlier than usual. He watched out his window as white flakes fell. He and his partners were spending 14-hour days frantically harvesting and hanging his hemp crop, about one-third of which he said was partially frozen and covered by snow.

He was talking about the snow as well as the risks and rewards inherent to commercial-hemp growing. Yet despite the recent raw weather he said he’s glad he left California to bring hemp to the backyard of his Wisconsin hometown.

He believes Wisconsin is primed for growth in the agricultural hemp market, he said. This year he planted about 27 acres of dark-green hemp spread in small plots across southern Jefferson and Dane counties. The hemp plot in rural Whitewater was full of bush-sized hemp plants topped with sticky and pungent flower buds rich in cannabidiol oil – commonly referred to as CBD oil. It’s a legal therapeutic compound that has surged in popularity and made hemp a promising cash crop for a growing number of U.S. farmers.

Previous Getting Into The Hemp Industry: Advice From A Farmer - Utah Public Radio 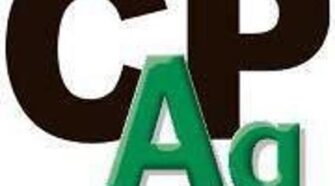