Asheville businesses might take a hit, and not the good kind.

“The police can’t tell the difference when they pull people over if its actual THC marijuana or if its the hemp plant,” Wissing said.“Which is unfortunate because it’s doing everybody so much good.”

Downtown and the surrounding areas have seen a big increase in hemp dispensaries since its legalization to grow in 2017, with at least 16 stores that sell products related to hemp and cannabidiol, also known as CBD.

“I smoke hemp for anxiety,” said Erin Garrett, a 25-year-old sales representative at Blue Ridge Hemp Company. “While tinctures are really great, it’s a faster method to get the benefits for CBD.”

CBD is derived directly from the hemp plant, a cousin of the marijuana plant, said Peter Grinspoon, a doctor at Harvard Health. While CBD is one of hundreds of components of marijuana, CBD by itself does not cause a high.

“It has a more relaxing effect,” Ashley Spero, 32, said in regards to the plant. “It helps me not smoke tobacco.”

The latest version of the bill which passed the NC House of Representatives on Aug. 20 details smokable hemp as a product that does not exceed the federally defined THC level for hemp in a form that allows THC to be introduced into the human body by inhalation of smoke. “Smokable hemp” includes hemp buds, hemp flowers, whole or ground raw hemp plant material, hemp cigars, and hemp cigarettes.

The ban was originally projected to be enforced December 2020 but has now been moved up to May 2020.

Growers and processors of the plant are also in danger for job loss if this bill passes. There are 758 licensed growers in the state right now as well as 413 licensed processors according to the North Carolina Department of Agriculture & Consumer Services website.

Franny’s Farm is based in Leicester, and Franny Tacy is credited as the first woman industrial hemp grower in North Carolina. She, along with her husband Jeff Tacy, also own hemp dispensaries in Asheville and Hendersonville as well as a new location in Charleston, South Carolina. Their first hemp crop was for food and fiber, but they transitioned their successive crops to growing for cannabinoids.

“Flower sales represents roughly 20 percent of our business but more importantly it will hurt farmers all across the state.  The ability for farmers to sell flower is the difference between making and losing money,” Jeff Tacy said.

Civil and criminal penalties would be applied to persons or business found in possession, with a potential fine of up to $2,500 for anyone who knowingly or intentionally manufactures, delivers, sells, or possesses smokable hemp, except for hemp plants or parts of a hemp plant grown or handled by a licensee for processing or manufacturing into a legal hemp product.

The Tacy’s understand the potential legal issues with hemp flower.  “If they make a traffic stop and smell cannabis it may lead to a search.  If they find illegal substances during the search and it turns out that the cannabis they smelled which led to the search is legal hemp, then a case could be made that it was an illegal search and all legitimate charges dropped.”

However, the Tacy’s have prepared for this. Franny’s Farmacy has begun to put measures into place that help law enforcement avoid situations, such as sealing flower packaging at the time of purchase which alerts law enforcement that it is legal hemp in the package and not marijuana.

While hemp flower is potentially being banned, it is unclear what other products from the CBD family will be attacked next.

“I don’t know if they would also re-illegalize the cartridges and the concentrates and everything like that. We would have to stop selling whatever they told us to stop which would probably mean the store being shut down,” Wissing said.

Until the bill takes effect dispensaries said they will continue business as usual.

“As of right now it’s kind of a grey area,” Garett said. “Were going to keep selling our flower and doing our thing until they tell us otherwise.”

If citizens would like to make their voices heard on SB 315 they can call, email and show up to the NC Legislator’s offices.

Next For Hemp Farmers, It's Been A Season Of Learning And Hope - Connecticut Public Radio 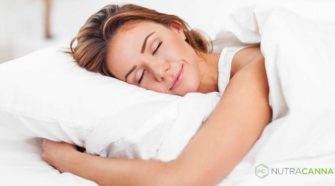 Can CBD Help With Sleep and Insomnia?