CHRISTIANSBURG — Are pot dealers cutting their grass with hemp?

That’s one theory for why someone last month made a hole in a fence along Interstate 81 in Montgomery County, sneaked into the fields of one of the biggest hemp growers in Virginia, and made off with 30 to 40 plants, according to John Straw, manager of TruHarvest Farms in Christiansburg.

The resemblance between illegal marijuana and newly legal hemp is well-known, with the difference between the plants basically being that marijuana contains psychoactive tetrahydrocannabinol. Hemp does not contain THC, at least not in concentrations sufficient to cause the marijuana high.

But visually, the plants are indistinguishable. It’s impossible to tell hemp and marijuana apart without sending the plants to a laboratory – or smoking them, Straw said.

TruHarvest is in the midst of its first harvest of hemp, having planted the crop on about 100 acres this year after changes in federal and Virginia law allowed it. Hemp has been used for centuries to make rope, fabric and other items. It is the source of the cannabidiol, or CBD, used in numerous products.

The hemp theft was discovered Oct. 1 and is thought to have occurred the night before, according to a Montgomery County Sheriff’s Office account contained in a search warrant. Farm security guards found a hole cut in the fence that separates TruHarvest’s land from the interstate. Thirty or so hemp plants were missing, with a value of $15 each, the search warrant said.

Two uprooted hemp plants were found on the interstate’s shoulder near the gap in the fence, the search warrant said.

And near the plants was a Motorola cell phone in a blue case, according to the search warrant. Investigators obtained the warrant in order to examine the phone’s contents.

Capt. Brian Wright of the sheriff’s office wrote in an email Thursday that officers are following leads but have not made an arrest.

Straw said that the Sept. 30 theft was probably the third that his operation has sustained.

There was an earlier incident of someone stopping on the side of I-81 and running into a field to grab a few plants, Straw said. And someone did the same from a smaller road that goes by the fields, he said.

Straw said that since TruHarvest began its operations, it has had a sign at its gate that announces that the rows of green plants behind it are not marijuana.

“You could smoke this entire field of hemp,” the sign says, “and all you’d get is a headache.” 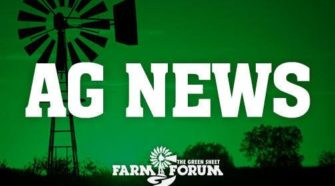