About 700 people shared their successes and challenges after the first hemp growing season on Tuesday at the inaugural Illinois Hemp Summit in Springfield.

While state officials were still calculating how much hemp was harvested, they said the first year was a success.

Hemp is a sister plant to marijuana in the cannabis family. While marijuana has higher concentrations of THC, the chemical that produces a high, there’s still some THC found in hemp. The state allowed industrial hemp production for the first time in modern history this past growing season.

“It has been a huge success,” Illinois Department of Agriculture Director John Sullivan said. “People are excited. There are a lot of questions. This is an industry I would say is in its infancy stages right at the moment.”

Larry Tombaugh, of Nutrient Management Specialists, said jobs to support the state’s hemp industry were all over the place.

Alongside providing nutritional products, he said his company helps hemp growers wade through misinformation to get the best return on investment. Tombaugh was one of the hundreds of people from a variety of sectors of the hemp industry who attended the summit.

Jeff Fulgenzi, CEO of US Hemp Group, grew about four acres of hemp this year. He said there is huge potential, but concerns remain, especially with a limit of 0.3 percent THC on hemp crops. Crops over that limit must be destroyed. Fulgenzi said the limit needs to be raised.

“The notion that I’m a quality hemp farmer at [0.3] percent THC in my plant, but at [3.5 percent] I have an illegal crop and the worst marijuana in the world that no one wants, so we need a greater threshold,” Fulgenzi said.

State officials said that of the 21,000 acres of approved hemp, one farmer’s crop was destroyed after it was randomly tested and found to have 0.6 percent THC. A half a dozen farmers reported to state officials that they knew their crops’ THC content was too high.

State officials encouraged those interested in the issue to contact the United States Department of Agriculture, which extended a public comment period on hemp rules through Jan. 29, 2020.

Fulgenzi said Illinois could be the hemp growing capital of the world. He urged government regulators to get on board.

Sullivan said he was in talks with the Illinois Department of Commerce and Economic Opportunity about how best to encourage not just the hemp industry, but all small businesses.

“I do believe that we need to do more in that vein,” he said.

Sullivan also said there could be more money for universities to expand research on hemp cultivation and production concerns.

Another area of uncertainty for cannabis – from marijuana to hemp – is that the government has yet to fully address banking issues. Like with legal cannabis businesses, navigating the legality of banking for hemp farmers remains murky. 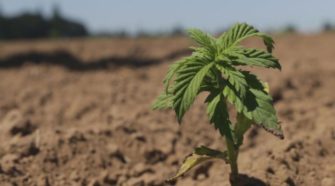