The Office of the Narcotics Control Board (ONCB) on Thursday insisted that hemp plants were still illegal, meaning they cannot be grown or possessed.

Niyom Termsrisuk, secretary-general of the ONCB, said that as a Class 5 narcotic, hemp cannot be legally cultivated, imported, exported, sold, possessed or consumed without a permit.

Even though the cabinet recently agreed in principle to take hemp off the narcotics list, he said, the matter was still being considered by the Council of State after which it would be sent back to the cabinet for final approval.

When it is passed by the cabinet, the public health minister will issue a ministry regulation which will be announced in the Royal Gazette, he added.

Mr Niyom said the country would the reap benefits once the ministry regulation is enforced, when hemp would be permitted for a range of uses and promoted as a high-demand, high-value economic crop.

In addition to the fibre, other parts of the plant including the seeds will be legalised to be used as raw material, he said. Private companies could seek permission from the state to use delisted hemp, which is currently only available to state organisations. Meanwhile, highland farmers who depend on hemp cultivation can grow up to one rai of the plants, he said.

“During the first five years of the new regulation, hemp imports will bebanned unless for research.”

Last year, the Public Health Ministry removed seeds and oils extracted from some marijuana strains from the list of controlled substances under Category 5 of the Narcotics Act.

Public Health Minister Anutin Charnvirakul said the economy will benefit from the new ministerial regulation, which would effectively allow the use of hemp oil and seeds as ingredients in locally-made drugs, food and cosmetics products. 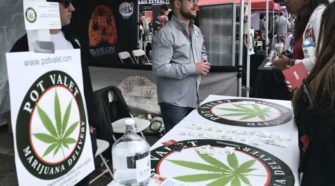