Hemp stakeholders and lawmakers supporting hemp in the USA have labeled proposed hemp rules from the United States Department of Agriculture (USDA) as too restrictive, and called for tolerance up to a full 1% THC.

The U.S. Farm Bill, which became law last December, sets the THC level for hemp at no more than 0.3 percent THC on a dry weight basis, but USDA rules allow for tolerance levels up to 0.5 percent THC. Any hemp crop with amounts of THC over that limit would violate the regulations. Proponents say that level should be increased to 1%.

In a recent letter to the USDA, Oregon Senators Ron Wyden and Jeff Merkley suggested several changes to USDA’s proposed rules, noting the problematic THC level, and suggesting changes to other specific regulations.

The Senators called for alternative testing methods that only assess delta-9 THC levels rather than the full spectrum of THC, and argued that private and other laboratories should be approved to test hemp. Under the USDA proposal only Drug Enforcement Administration registered laboratories could carry out such tests.

They also backed the argument of many farmers who’ve noted that USDA’s proposal that hemp be tested within 15 days before harvest makes for an “impossible obstacle for growers to overcome,” urging that period be increased to 28 days.

Another lawmaker, New York Sen. Chuck Schumer, the top Democrat in the U.S. Senate, last week told The (New York) Daily News: “Some people believe the [THC] level they set is way too low, because it’s way below the harmful level.”

“They need to look at these rules and re-examine them,” Schumer said in calling for an extension of the 60-day public comment period for USDA’s proposed hemp rules, which were made public at the end of October. That means the comment period would end just before the new year.

“This (hemp) has tremendous, tremendous potential, and all the excitement about growing and processing hemp, and creating lots of jobs, could go away if these rules are done in too narrow and restrictive a way,” Schumer said. 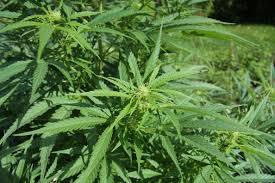