The West Australian reports  Forest Grove hemp farmer Steve Thomas’s  crop was the first to be processed by the recently commissioned machinery, which was imported by Mr. Thomas and his business partner.

“Until now there has been the challenge that there is no local processing capability,” said Mr. Thomas. “Our current equipment is of a scale that could now process all the hemp grown in WA.”

Not that there is a huge amount of that yet, but hemp cropping is growing in the state. We recently noted hemp licences issued in Western Australia had jumped by a hundred per cent in the past two years, with 70+ commercial crops and seven hemp research plot trials this season.

The fledgling sector has received a significant amount of support from WA’s government, which has provided grants worth more than $400,000 to the industry over the past 15 months.

Aside from the benefits hemp seed could bring to the state’s economy in terms of food production, the WA government also recently teamed up with ChemCentre WA and Charles Sturt University to test the nutritional value of hemp as a summer grazing fodder for sheep.

Another important form of government support has been the increase in THC levels allowed in crops – 1.0% instead of 0.3% as elsewhere in Australia (and much of the world). This gives farmers more options in terms of varieties that can be grown and also lessens the risk of a crop being considered “hot”, which can lead to crop destruction and legal headaches for farmers. Even so, the state’s Department of Primary Industry and Regional Development states seed for sowing in Western Australia should be from crops tested as having THC content of up to 0.5%.

Unfortunately, crops in the state cannot be grown for cannabidiol or other cannabinoid extraction under WA’s Industrial Hemp Act 2004, as this then falls under national and much tougher regulations in relation to medicinal cannabis.

Australia was a late starter in allowing hemp seed as food. It was only in November 2017 it became legal to process industrial hemp (hulled hemp seed only) into food products for local consumption.

Further information on industrial hemp in Western Australia can be viewed here. 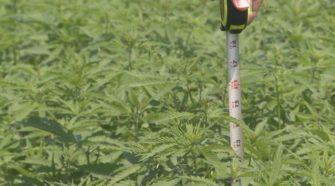