NOT FOR SMOKING—Hemp plants grow at the Sunset Valley Organic Farmland Restoration Project in Moorpark. Hemp is a term used to classify varieties of cannabis that contain 0.3% or less THC, the psychoactive chemical compound found in marijuana. RICHARD GILLARD/Acorn Newspapers

It will be a while before any hemp-related companies or new CBD stores open in Thousand Oaks.

The City Council voted 5-0 Sept. 24 to put a halt on the businesses for at least 45 days so city staff can take a look at any potential consequences of allowing the burgeoning industry to take root in T.O.

Before the passage of the moratorium, which the council will revisit in November, members of the city attorney’s office raised questions about the impact of hemp-related operations, such as a processing plant that wants to open in the Rancho Conejo industrial area of Newbury Park.

Among their concerns with the growing, drying and manufacturing side: the smell of the plants and increased truck traffic. Regarding stores selling cannabidiol, or CBD, they raised concerns about being able to tell the difference between products made with the mostly non-THC hemp versus THC-containing cannabis; the latter can only be sold in licensed cannabis dispensaries.

Hemp, by definition, is any cannabis plant that contains 0.3% or less THC, the psychoactive drug in marijuana. In addition to being made into rope, fabric and other industrial items, the raw plant is also used to make CBD oil, which is used in a range of health-related products.

GREENERY—Industrial hemp plants grow on farmland off of Pleasant Valley Road. The industry is booming due to decriminalization efforts and the rising popularity of cannabidiol, or CBD, which advocates say has shown promise in treating a variety of ailments. RICHARD GILLARD/Acorn Newspapers

“We’re really looking at a twofold approach here: It’s not just hemp, it’s also the end product, CBD,” Councilmember Al Adam said. “They’re selling a product that is really not particularly well-regulated at this point. I’m concerned about the safety of this stuff.”

City Attorney Tracy Noonan said the unknowns are part of the concern.

“We do need to get some better insight into the industry because we just don’t know,” Noonan said, adding that staff plans to talk with people in the hemp business to get a better understanding of what problems could arise.

Whether the city needs to impose odor filtration on manufacturing businesses is one of the things staff will look at. Traffic is another.

“Since there’s no other processing facility in the county, we have concerns with 800 to 4,100 acres of crops being cultivated and driven up the Conejo Grade on massive trucks to one facility in the county (in Thousand Oaks),” Noonan said. “That would have a huge traffic impact and a huge impact on our roads in the city.”

Members of the public speaking at the meeting suggested that hemp should be treated as any other agricultural product, given it contains just a trace of THC.

Castillo said the industrial activities being discussed are already regulated under various existing ordinances like building and fire codes.

Also speaking during the public comment period was Ed Williams, the county agricultural commissioner, who explained what his staff does in regulating the approximately 40 registered hemp growers/producers and over 4,100 acres in Ventura County registered for hemp growing (see related story here.)

“I can tell you there’s an extensive regulatory scheme that has been put into place in the state of California in cooperation with the USDA, who is developing federal regulations,” Williams said. “We also have a testing and sampling procedure where we actually observe or are involved in the testing of industrial hemp at accredited laboratories . . . to make sure that level is below the 0.3% required by federal law and state law.”

To date, the county has tested five samples, and all of them have come in well under the threshold, Williams reported.

While he said he doesn’t have a position on the moratorium, allowing the crop is beneficial to farmers.

“This is a major opportunity for our growers in the county to have a new crop that has some really good remediation qualities,” he said. “The odor, I will give you, is a definite concern.”

Operating in a legal gray area because hemp was not included in 2016’s Proposition 64, CBD produced from hemp is readily available in retail locations throughout the city and state—and is on the path toward decriminalization.

Assembly Bill 228, which is still working its way through the Legislature, would permit CBD in foods, drinks and cosmetics provided the products are clearly labeled. In addition, manufacturers would need to demonstrate that the hemp used to make their CBD comes from an established “hemp program” that meets all federal requirements, and raw hemp products (such as CBD) would need to undergo lab testing before being sold to ensure they are free of toxins.

On the federal level, the 2018 Farm Bill removed hemp from a list of controlled substances, making it legal for agricultural uses. The bill did not, however, address hemp’s use in health supplements. As an FDA-approved pharmaceutical ingredient, CBD is illegal in the eyes of the federal government when used in food or cosmetics.

Moratoriums, in general, are rarely used by the city.

“The decision to bring a moratorium to the city for consideration is definitely not one staff takes lightly,” Noonan said. “I think in the 7½ years I’ve been here, I think the city’s only considered one moratorium, and that was on our oak tree regulations when we were trying to strengthen those.”

The council last issued an urgency ordinance in March in relation to 5G cell site issues.

Noonan said staff expects to return to the council to report on its hemp-related findings on Nov. 5. 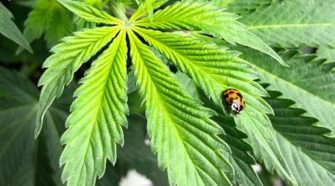