If approved, the plan, which lays out the rules and regulation for the program, calls for the state to collect $236,000 in license fees to administer the program for 270 cultivator licenses, 30 processor-handler licenses and 15 broker licenses. The plan allows for 400 cultivation sites.

The plan calls for the department to be granted primary regulatory authority over the production of hemp in Nebraska. The department would sample, or require USDA-approved samplers, to test plants within 15 days of the anticipated harvest date.

The plan would also require that any person who commits a negligent violation three times within a five-year period would be ineligible to produce hemp for five years.

The department has hired a program manager who began full-time work Nov. 18. A part-time assistant is expected to be hired by Jan. 15. Four inspectors and one investigator will handle the sampling procedures.

In 2020, the department will ask the Legislature for additional spending authority to ensure the program fund covers the cost of administering it, the plan said.

The USDA will have 60 days to review the Nebraska hemp plan before approving it or suggesting changes to comply with federal standards.

The department granted 10 licenses to growers in Nebraska this year for research purposes, one of which was forced to shred their crop Nov. 26 because of the too-high THC level it produced.

The 2018 Farm Bill authorized the production of hemp and removed hemp and hemp seeds from the Drug Enforcement Administration’s schedule of controlled substances.

The licensing of research programs in Nebraska was made possible by a bill (LB657) introduced by Omaha Sen. Justin Wayne and passed and signed during the 2019 session. 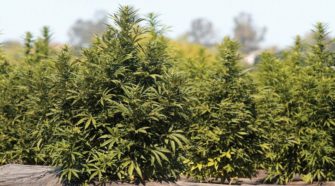