The House has approved a measure to rework the state’s hemp program. After a 107-10 vote, the bill will be sent back to the Senate where more negotiations are expected regarding the bill’s final form.

The Senate approved the measure (SB 1876) in a unanimous vote Monday. Sen. Bill Montford is behind that bill.

But the House twice amended the Senate bill after taking it up Tuesday. One of those amendments was approved during the second reading Tuesday. Another was agreed to ahead of the final vote Wednesday evening.

The amendment struck a provision from the Senate bill stating that licensees “may only use hemp seeds and cultivars certified by a certifying agency or a university conducting an industrial hemp pilot project” pursuant to state law.

The provision also stated that all hemp seeds and cultivars sold and distributed must comply with Department of Agriculture and Consumer Services (DACS) rules and Florida law.

Rep. Ramon Alexander said he supported the amendment, but only to allow the Senate to negotiate on the language further.

“I know there’s still negotiations being had over in the Senate. I still have significant heartburn in regards to how this is playing out. But I’m not going to encourage my colleagues to vote down on the amendment,” Alexander said.

Instead, Alexander argued he wanted “to give this process the opportunity to play out over in the Senate to bring it back over to us.”

In later debate on the overall bill, Alexander elaborated on some of those concerns regarding Drake’s amendment, while again hinting the bill still needs significant work.

“We want to be make sure that those investments that have been made by our state universities — the University of Florida, Florida A&M University — that’s there’s a return on that investment,” Alexander explained.

“A lot of members in this caucus and throughout this chamber have significant concerns. And I think we’re not done with this process yet.”

Drake agreed with the need to find consensus on the bill.

“I think everybody has a vested interest in making sure that this policy issue plays out correctly,” Drake said.

The hemp program has hit several speed bumps since its establishment. The bill amends provisions aimed at ensuring compliance with federal rules. It also includes several recommendations by DACS to clarify regulations around the program approved last year.

Drake and Rep. Ralph Massullo were behind the House version of the bill (HB 1063).

In Monday’s discussion in the Senate, Montford said the bill adds hemp extract to regulated food, provides a method to amend the state plan if needed and offers guidelines regarding THC and hemp extract, including restricting sales to those under the age of 21.

The Tallahassee Democrat’s measure would exempt “safe” seeds, as defined by USDA, and synthetic CBD from the definition of hemp extract.

And it would add hemp to the Florida Food Safety Act and require small retailers selling hemp products to obtain food permits.

With the proposed smoking and vaping age of 21 working its way through the Legislature, the bill also rolls hemp products into the new restrictions.

Montford touted the plan in committee as a way to put Florida on the front end of states allowing hemp growth.

In Northwest Florida, hemp growing entered the frame as a way to rebuild the region’s economy following Hurricane Michael. Montford said ensuring that farmers grow federally approved hemp is a priority, and the Legislature should be careful to protect those growers.

Next 'Hemp can sequester 15t of carbon per hectare' - Agriland 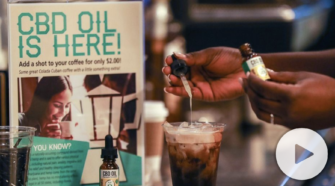