ATLANTA | Georgia’s hemp farming program is effectively on hold until the state secures funding to oversee the crop.

Georgia Agriculture Commissioner Gary Black said Tuesday that he’ll ask lawmakers for $1.6 million over the next two years to fund a state hemp program, according to the Atlanta Journal-Constitution. The oversight program is required by the U.S. Department of Agriculture before state hemp regulations can be approved.

But the funding request comes as lawmakers face tough decisions over how to trim the state budget amid a revenue downturn. No funding was appropriated for the crop when the Legislature voted to allow hemp farming last year.

House Appropriations Chairman Terry England said House budget writers would work with Black and others “to see what we can do to resolve the issue in a timely manner.”

Black said that if funding were approved by March, Georgia farmers could plant in time for this year’s growing season.

Black said the U.S. Department of Agriculture has already reviewed the state’s hemp farming proposal and could approve it within days of the Legislature approving funding.

Hemp is used to make CBD, the compound extracted from the cannabis plant. Marketers say it can treat a range of ailments without getting users high.

Next Farmers one step closer to hemp planting after rule approval - fox8.com 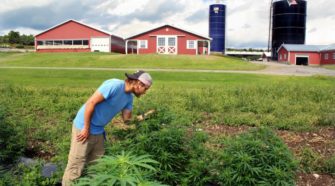