Within the husk of the former Grand Junction Steel building, work has begun to transform that property into a hub of hemp production and processing, positioning Grand Junction to be a major player in the exploding CBD industry.

CBD is a non-intoxicating cannabinoid found in cannabis and hemp.

“When it’s all said and done, it will house everything,” Ehlers said. “A large contingent of our operations and sales and administrative offices. It will have our entire processing line through there, which does include everything from extraction all the way through to final products. We’ll have a distribution center because we’re a very large-scale operation.”

The company, which has locations in Palisade, Mack, Delta and elsewhere in Colorado and other states, started in the Grand Valley and is growing fast, EcoGen Manager Ted Kelley said. When he started eight months ago, EcoGen employed 70 people. Today it has 205 employees and is likely to add another 20 workers by the end of the month, he said.

The volume of its production is growing as well. This year, EcoGen is planning to produce 400 million hemp seeds and process 10,000 kilograms of CBD isolate per month.

It plans to consolidate most of its operations, sales and administrative functions at the headquarters site, but plans to keep its Palisade and Mack facilities.

“We really hit the reset button with a lot of the community leadership and regulatory agencies last summer,” Ehlers said. “We just went in to hit a big reset button and say, ‘Hey, how do we start working together to build this infrastructure, make it safe, make it viable and make it something that moves at the speed of the private sector?’”

The reaction from business leaders and regulators was positive, Ehlers said, and enabled the company to move forward with its headquarters plan. The Chamber of Commerce presented the company for an award in December, recognizing EcoGen’s $25 million investment in the Grand Valley over the last two years, Grand Junction Area Chamber of Commerce President and CEO Diane Schwenke said.

“It’s an exciting company just from the fact that they are moving into a building that has been vacant for quite a while,” Schwenke said.

That building, with Grand Junction Steel painted in large white letters on the roof, will come to represent how industry has changed in Grand Junction, Ehlers said. On a recent trip with his family to Cross Orchards Historical Site, he noticed pictures on the walls that looked like the building EcoGen plans to convert to the hemp industry.

He asked about the photos and was told before steel, the building housed a business servicing the railroad industry. Grand Junction Steel closed in 2009 and to have the building now converted to an emerging industry like hemp — made federally legal in 2018 — is fitting, Ehlers said.

“Business evolves,” Schwenke said. “We’re not making buggy whips anymore. They tend to be replaced by the next generation of products. This is a business cycle that we see repeated since the beginning of the industrial age. I think it’s very exciting for us because I do think the hemp industry and what we are able to do with hemp is just starting to be realized.”

EcoGen has only just begun the permitting and planning process with the city of Grand Junction. The company filed for a conditional use permit with the planning department to allow it to construct greenhouses, as well as for the use of hazardous materials associated with hemp processing. Its application addresses potential odor issues, as well as its use of hazardous materials.

“The knee-jerk reaction from everybody when they hear greenhouses is, ‘Oh God, it’s going to smell like weed and be just like downtown Denver,’” Ehlers said. “Really the big difference is we’re not marijuana. We’re hemp and the purpose for us having greenhouses is to work on our genetics and generate seeds.”

Ehlers explained that marijuana operations focus on growing large buds used to make THC products or to be sold directly to customers, which is what causes the odor. In hemp, flowers are typically not produced until the plants are outside.

At its headquarters facility, he said, the plants would typically not be flowering and thus would produce much less odor.

“The odor is the oils that are trying to catch the pollen,” Ehlers said. “Well, for our purposes, we want them to be out in the fields and in farms long before they are doing that.”

Ehlers said hemp processing is similar to wineries or distilleries that use solvents to extract chemicals. He said the scale of this project and the amount of those types of chemicals necessitates a conditional use permit.

Ehlers said he had not heard when the application will go before the planning commission and that more applications and approvals would be needed. 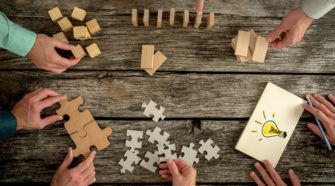 NPD trend tracker: From hemp ‘super bars’ to sharing boards brought to you by Deliveroo – FoodNavigator.com