The first commercial industrial hemp fiber processing facility in the U.S. state of Virginia should be up and running soon.

Virginia Governor Ralph Northam announced Vitality Farms, LLC, operating as Appalachian Biomass Processing, will establish a facility in Wythe County and has plans of purchasing 6,000 tons of hemp grown in the state over the next three years.

In March this year, Governor Northam signed legislation legalising commercial growing and processing of industrial hemp in the state. Previously hemp could only be grown in Virginia for research purposes.

“I am committed to pursuing every path that will attract economic prosperity to our rural communities, and hemp production opens up a wealth of opportunity to bring new jobs and new business to Virginia,” said the Governor.

Appalachian Biomass Processing will use a machine called a decorticator to separate hemp stalks into bast fiber and hurd. Bast fiber is found in the outer layers of the stalk, while the hurd is the woody core made up of short fibers. The bast fiber is utilised by the textile industry while the hurd can be used in applications including animal bedding. You can learn more about how hemp fiber is produced here.

“Our production model is an internally reproducible model and can expand to meet the demands of the region’s hemp supply chain,” said Susan Moore, owner of Appalachian Biomass Processing.

As well as providing a destination for Virginia farmers’ crops, the processing plant will also create 13 new jobs.

The $894,000 investment by Appalachian Biomass Processing is being supported with a $25,000 grant from the Governor’s Agriculture and Forestry Industries Development (AFID) fund, which will also be matched by Wythe County.

Currently, there are more than 1,100 registered industrial hemp growers in the state of Virginia. In July last year, the number was just 85. At that point, licensees were growing industrial hemp in collaboration with authorised research universities.

1,000+ hemp growers and one processor in-state (for now) – is a symptom of a much wider problem in the USA.

One of the challenges facing hemp in the U.S. is while there is plenty of cultivation activity, processing is yet to catch up. There have also been reports in some states that processors have reneged on verbal contracts with farmers.

The “green gold rush” is turning out to be a nightmare for some.

But  it’s not as though there’s no new activity on the processing front other than in Virginia. Among other recent announcements of hemp processors setting up facilities is a $3.46 million plant in Tabor City, North Carolina and a $24 million project in Indianapolis, Indiana. However, in both cases the processors will focus on CBD extraction rather than hemp fiber production.

With supply to outstrip demand for the foreseeable future, the USA’s hemp industry is likely to see many fiber-focused farmers falling by the wayside. 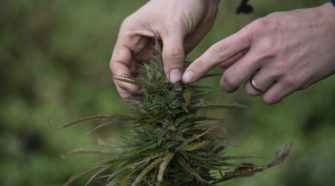