A hemp processing facility is one step closer to becoming a reality in Halifax County.

The Halifax County Board of Supervisors voted on a pair of resolutions to move forward with the economic development project known as Project Phoenix at a Friday morning meeting.

The board discussed Project Phoenix, as well as another economic development project known as “Project Select,” with the Halifax County Industrial Development Authority in closed session before the two boards reconvened separately in open session.

No details of the projects were shared in the open session portion of Friday’s meeting. Project Phoenix is a proposed $6.6 million hemp processing facility, according to a grant application that the Halifax County IDA submitted to the Virginia Tobacco Region Revitalization Commission for the facility. The commission awarded a $250,000 grant to the IDA for hemp processing facility earlier this year.

The first resolution that the board of supervisors approved at Friday’s meeting is a support agreement with American National Bank & Trust Company for a commercial note not exceeding $2.6 million for Project Phoenix.

The second resolution authorizes signatures at the appropriate time for the Tobacco Region Opportunity Fund performance agreement for Project Phoenix.

Both resolutions passed in a 7-1 vote, with ED-7 supervisor Garland Ricketts abstaining.

Project Phoenix is expected to purchase $50 million in hemp from Virginia’s farmers in just three years, with 41 direct employees and hundreds of ancillary jobs, according to the IDA’s grant application with the tobacco commission.

County administrator Scott Simpson said official announcements with details about Project Phoenix and Project Select would be made the first week of June. 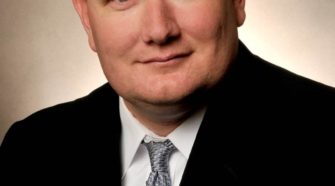