Supply has risen while demand has fallen

BEND, Ore. (KTVZ) — It was only a matter of time before the surging hemp industry hit a roadblock. It appears that time is now.

Yon Olsen, project manager at Cascadia Crest, a hemp company in Bend, said Tuesday the big drop in prices is not a surprise to him.

“Anyone who thought this was a golden road, I think, is realizing hemp has always been a struggle,” Olsen said.

The hemp industry saw a boom in suppliers when the 2018 Farm Bill removed hemp from the governments controlled drug category.

Olsen said he believes the market eventually will return back to where it was.

“The business models of the larger players will come into play, and it will help alleviate some of that supply,” Olsen said. “Right now, it’s not happening at a rapid enough pace, unfortunately, to save a lot of people this year.”

Hemp can be used to make commercial and industrial products like biofuel, bioplastics, clothing and paper. 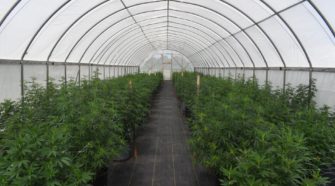