Researchers at Syddansk University in Denmark have found that the effect of antibiotics can be improved by a substance contained in the hemp plant cannabis. The substance in question is cannabidiol (CBD). The researchers carried out successful tests with the drug bacitracin, which inhibits the growth of methicillin-resistant Staphylococcus aureus bacteria (mrsa). This bacterium is also known as a hospital germ.

With the help of CBD from the hemp plant and possibly other substances, not only is bacterial growth inhibited, but it has also been shown that a lower dosage of antibiotics is sufficient. By using fewer antibiotics worldwide, the resistance process is slowed down.

Resistance
to antibiotics is one of the biggest problems of the 21st century. Every year,
about 700,000 patients die worldwide from resistant bacteria. According to the
WHO, this number could even reach ten million per year by 2050. Even simple
routine operations, injuries and infectious diseases could be fatal. Frequent
bacterial infectious diseases such as pneumonia or gonorrhea are already
treated with a combination therapy in many countries due to antibiotic
resistance. However, the more often these treatments are used, the more
resistant the bacteria become to these treatments.

Scientists are trying to solve this problem. Not only new antibiotics, but also nanotechnology could be able to combat harmful bacteria in a few years’ time.

Researchers
at the Royal Melbourne Institute of Technology in Australia have recently
developed a technique that destroys the bacteria. Liquid metal nanoparticles
can physically degrade the bacterial cells and the slime collar of the biofilm.
Biofilms consist of a layer of microorganisms in combination with a
self-produced slime collar. Bacteria in biofilms have a higher resistance to
antibiotics.

These metal nanoparticles deform by the application of a weak magnetic field and develop sharp edges that can eventually penetrate the biofilm and the bacterial cells. The test results show that 99 percent of the bacteria were destroyed after being exposed to these liquid metal nanoparticles for 90 minutes. One important finding was that this had no consequences for other healthy cells in the body. The researchers expect that this method will also enable them to fight fungal infections, cholesterol and tumors. It may take some time before it is used as a treatment, but this technique can be used to combat resistance to antibiotics in an innovative way.

One of the greatest
inventions

Alexander
Fleming discovered antibiotics by chance in 1928 when he discovered penicillin.
It was one of the greatest discoveries of the 20th century. The Scottish doctor
and researcher had grown bacteria in various Petri dishes. In one of them he
discovered that a fungus had inhibited bacterial growth. This was finally the
beginning of the development of antibiotics, which attack harmful bacteria
without affecting the rest of the body.

It soon
became clear, however, that the bacteria adapted quickly. This reduces the
effect of antibiotics. Risk factors include the inappropriate and excessive use
of antibiotics. The more they are used, the faster the bacteria can adapt. The
use of these drugs is not always necessary, but they continue to contribute to
the rapid mutation of micro-organisms and their increasing resistance.

Are existing antibiotics no longer effective? Yes and no. Many infections can still only be treated with antibiotics. Research into these drugs can slow down the resistance process. Apart from developing new antibiotics, there are several ways to maintain the effectiveness of existing antibiotics. For example, Dutch biotech companies have developed peptides (short chains of amino acids) that can kill bacteria faster.

In
addition, the University Medical Center in
Amsterdam,
the Netherlands, has decided to share (with permission) anonymous care data
from thousands of patients with researchers. Computer models can be used to
determine whether patients have been prescribed the correct antibiotic and
dosage. This makes it possible to manage these drugs even more efficiently and
thus avoid antibiotic resistance for the time being.

The further development of current antibiotics and the discovery of new antibiotics remains crucial. However, there is a risk that sooner or later the bacteria will adapt and become resistant to the drug. Sometimes the feeling of fighting a losing battle comes up. With the help of the metal nanoparticles mentioned above, a direct physical attack makes it impossible for the bacteria to become resistant. But it will be some time before this nanotechnology can be used. But it could save lives in the future. 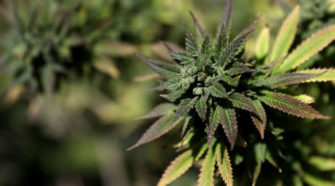