Hemp has made its way into the DTSF Burger Battle this year.

The Market, is in its fifth year participating in the burger battle, and this year they decided to top off their burger with hemp but they’re not the only ones.

“There are two burgers with some kind of hemp ingredient,” said DTSF Marketing Coordinator Sadie Swier.

The Market’s “SoDakGrown Burger” and Tommy Jack’s “The Censored Burger” both have hemp incorporated in them. The ingredient is new to the area but the owner of The Market, Doug Lather, says hemp isn’t a new concept.

“Hemp used to be a very big product at one time. There’s no THC in this, no one can test positive, they’re hemp seeds,” said Lather.

Everything in the SoDakGrown Burger is made in South Dakota, except the hemp seeds which are delivered from Minnesota. According to Lather, hemp adds a special “something” to the burger.

While the creators of the SoDakGrown Burger say there’s no political background or influence on their burger, DTSF reps say there can be power in food.

Using food to bring awareness about maybe a topic or just about what’s going on in current issues I think is a really great way to express the creativity that’s going on,” said Swier.

And each participant in this burger battle is hoping their concoction hits the spot.

“With all of these restaurant locations these chef’s really want to put something out that stands out from the rest of them, and so doing something there’s so much pride in the community, this city, this state,” said Swier.

Hemp isn’t the only new change to the burger battle, this January there is a new way of voting as well.

You can vote for your favorite burger on the digital passport app, which is a web-based app and is available at dtsf.com. 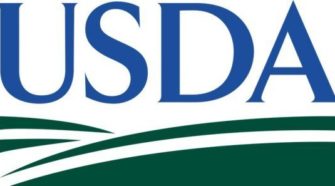