“There’s a lot of people who show up for and against hemp production,” said McGinty, an assistant professor and extension agronomist at Texas A&M. “But either way, they show up – and pay attention.”

Since Texas hemp production was made legal as of Sept. 1, many South Texas farmers have wondered whether the controversial crop is also profitable.

“It tends to boost attendance wherever we go with that,” said McGinty, who has already given at least several presentations about hemp growing.

Industrial hemp is the agricultural cultivation of strains within the Cannabis sativa species, which also includes marijuana.

But unlike marijuana, hemp is defined as containing less than 0.3% tetrahydrocannabinol or THC, a chemical that can intoxicate when ingested.

Its fibers can be fashioned into textiles; its seeds can be used for cooking, livestock feed and other applications; and cannabidiol or CBD, a nonintoxicating chemical it produces, can be harvested and administered to treat all sorts of ailments from insomnia to anxiety to chronic pain.

While there soon may be money to be made, the market for industrial hemp is still uncertain in Texas, particularly with those centered on hemp seeds, McGinty said.

That’s in part because while hemp production may be technically legal, a lack of regulations effectively mean the plant cannot yet be cultivated in Texas, he said.

”You can’t actually grow it until the Texas Department of Agriculture puts in place the regulations around it,” McGinty said.

Those guidelines are expected to be implemented as early as spring 2020, he said.

Also still to be determined, he said, are the best methods and approaches to growing industrial hemp in South Texas.

Looking to Oklahoma as an example, McGinty said Texas agricultural officials may establish unique requirements for hemp, such as field inspections just before harvest.

With hemp and marijuana so closely related, farmers of the legal plant might accidentally harvest a plant bearing an illegal percentage of THC.

That’s why farmers should be wary of some environmental effects and the importance of picking the right hemp strain, he said.

But most of all, he said, farmers should be aware of the law, which McGinty said he will explain.

“By far the most important thing is where we are at legally. There’s a lot of people gearing up for hemp in Texas, but you need to pump the brakes a little bit until we have a set of regulations to work off of,” he said.

Jon Wilcox reports on courts for the Victoria Advocate. He may be reached jwilcox@vicad.com or 361-580-6515. 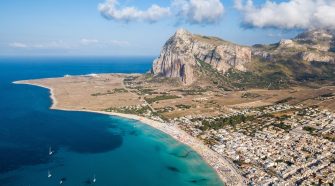