The outdoor planting of industrial hemp in hundreds of acres in the unincorporated areas of Ventura County would be barred for at least 45 days under a proposal headed for action Tuesday.

If enacted by the Ventura County Board of Supervisors, the ban would prohibit the planting of hemp within half a mile of land within a city that is zoned for residential use. The buffer also applies to schools in Ventura County and a variety of residential communities within the unincorporated areas, such as Somis and the Santa Rosa Valley.

County Counsel Leroy Smith said Friday that he understands the buffers for schools would apply to campuses within city limits as well as outside them.

Passage requires approval by four of the five supervisors and their determination that a current and immediate threat to public health, safety and welfare exists. It would take effect at once and is intended to give staff time to study regulations that would lessen the impact of the skunk-like odor.

Although the measure lasts for only 45 days, it can be extended by additional votes if the board concludes that the threat continues to exist. Those votes could prolong the ban for up to two years.

Agricultural Commissioner Ed Williams may order violators to stop such planting and penalties would be set, according to the ordinance the board is set to consider. Violations could be punished as misdemeanors with fines of up to $1,000 or six months in jail or both. If deemed an infraction, the fine for first offenses totals up to $100.

Although hemp belongs to the same plant species as marijuana, it must by definition have negligible intoxicant properties. The crop has a variety of uses, but most of the hemp being produced in the county was expected to be sold for CBD, a compound in over-the-counter lotions, salves, salts and oils used to relieve arthritis, anxiety, insomnia and pain.

The cities of Camarillo, Fillmore, Moorpark, Ojai and Thousand Oaks have instituted bans within their city limits. This one calls only for buffers instead of wholesale bans, but it affects the large unincorporated areas where almost all of the hemp was planted last year. The only exception is a 22-acre site in Camarillo, Deputy Agricultural Commissioner Andy Calderwood said.

Roughly 600 to 700 of the 3,600 acres where hemp was grown last year would be inside the buffers, according to a ballpark estimate from Williams.

Farmers have embraced the newly legalized crop as a fresh source of profits in their risk-laden business. But angry homeowners have besieged supervisors’ offices with complaints about the smell. They said hemp was keeping them from enjoying their homes and causing stress, headaches, nausea, coughing and other respiratory problems, eye irritation, sore throats and allergic reactions.

Farmers who appeared at previous meetings of the board said they were willing to work on a solution, but did not believe they should have to abandon the crop that requires little water and is grown with organic pesticides at minimal levels.

Will Terry, president of the Farm Bureau of Ventura County, said Friday that he did not believe a ban was necessary. Terry said he had not seen any evidence that hemp was causing the health problems reported by residents.

“There could be a smart solution, not a draconian solution,” he said. “An indefinite moratorium based on an unsubstantiated health and safety risk is not the way to go about it. All that does is create distrust.”

Still pending is a measure to set “windows” of time when hemp may be planted to control the period that the smell is pronounced. Also proposed are exemptions for cultivation in greenhouses with adequate odor filtration systems, and in nurseries where hemp is grown solely to propagate the seeds.

Those items are not considered to be emergency measures that require immediate action. Instead they are set to be weighed as part of a regular land-use ordinance, which can take several months to adopt.

Supervisors are scheduled to consider the proposal for buffers at 3:30 p.m. Tuesday in the board room at the Hall of Administration in the County Government Center, 800 S. Victoria Ave., Ventura.

Kathleen Wilson covers the Ventura County government, including the county health system, politics and social services. Reach her at kathleen.wilson@vcstar.com or 805-437-0271.

Next Our Voice: Some good news about industrial hemp - AberdeenNews.com 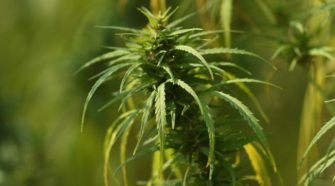