In the first year since hemp has been legal for commercial cultivation on the federal level, people across the United States are jumping at the opportunity to try their hand growing the legendary plant.

According to new numbers from the hemp advocacy group Vote Hemp, this year, 16,877 farmers received a license from their state to grow hemp (defined as cannabis with less than 0.3 percent THC) — for a total of over 500,000 acres of hemp licensed for cultivation in 2019.

Those are staggering numbers compared to 2018, when states issued 3,546 licenses for people to grow hemp and U.S. farmers harvested 78,176 acres of hemp.

However, Eric Steenstra, president of Vote Hemp, noted that many of those farmers are first-time hemp cultivators or even first-time farmers, and that he doesn’t expect all 511,442 acres of hemp to be cultivated.

“It’s still a lot of hemp, but a huge number of
people licensed to grow this year had no experience and had never grown hemp
before,” Steenstra told Cannabis Now. “It’s a lot of small family farms. They’re
growing 1,000 plants, 500 plants. Lots of small producers.”

Because of the amount of novice growers, a lack of easily available hemp genetics, late planting (either because of a long winter or because of state licensing delays) and other complicating factors, Steenstra thinks there will be a significant amount of crop failure and unharvested hemp.

“The good news is people are
starting small and they’re learning through the process and that’s a good
thing,” he said. “But I think it’s clear that there’s a lot of inexperienced people
growing this year and that’s why we’re expecting a smaller percentage of
licensed acres to be harvested.”

Has the Hemp Hype Gone Too Far?

Back in March, U.S. Secretary
of Agriculture Sonny Perdue warned American hemp farmers that hemp might not be
the miracle moneymaker they were hoping for.

“What is the market potential of industrial hemp? Farmers in the United States are so productive, they could crash this market before it gets off the ground,” Perdue told online news agency Cheddar on March 19.

It’s worth noting that almost 17,000 people received state licenses to grow hemp and the USDA hasn’t even released federal regulations for growing hemp yet. The agency has stated that they’re hoping to have regulations released in the fall, including regulations on things like pesticide use, licensing and hemp testing requirements. That means that all of the licenses farmers have received is under the 2014 Farm Bill, a law that set out a pathway for state pilot hemp programs. Today, 46 states have passed hemp legislation and 34 have active cultivation programs, according to Vote Hemp.

“I think there’s definitely a
concern about people growing too much hemp,” Steenstra told Cannabis Now. “Whether
or not we reach a saturation point this year, I’m not sure. So far, demand is
outstripping supply. This could be the harvest where we finally have so much
hemp it could be a buyer’s market, but I don’t know for sure. We’re definitely
heading in that direction.”

However, Steenstra says that if
hemp farmers this year struggle to find a path to market for their hemp, the
United States might not see as many people apply for licenses next year.

“It takes a significant
investment of time and money to grow hemp, and if [this year’s farmers] don’t
see a return on investment, they won’t be back next year,” he said. “Market
forces might solve the problem.”

What Does Hemp
Production Mean for Cannabis Farmers?

There’s currently a gulf between the “hemp industry” and the “cannabis industry,” and it’s all thanks to the federal government’s attitude towards one pesky, legendary cannabinoid: THC. Because the federal government has defined hemp as the cannabis plant with less than 0.3 percent THC, cultivators growing cannabis plants that are chock full of every terpene and cannabinoid except THC can thrive in a hemp industry with less regulation and less taxes than the cannabis industry.

Throw in the fact that the hemp industry has the blessings of the federal government and that many consumers don’t seem to know they should care where their CBD comes from (or what the entourage effect is) and you’ve got the setting for some potential competition between hemp farmers and cannabis farmers.

But, “that protectionist mindset isn’t good for anyone,”
says Steenstra. “We want hemp and cannabis to coexist and we have to figure out
how to make it work…. A combination of too many regulations and too many taxes
in the cannabis industry doesn’t benefit anyone, and hemp is a tempting
direction for cannabis regulations to head in.”

California, for example, legalized hemp for cultivation in 2019 and Steenstra says it immediately jumped to being one of the top 10 states by licensed hemp acreage. The state is the home to the country’s legacy cannabis growing region, the Emerald Triangle, where many longtime cultivators have been struggling in the face of California’s stringent cannabis regulations and stiff competition from venture-capital-funded corporations.

The state also technically only allows CBD products to be sold through licensed cannabis dispensaries (which increases the burden for hemp-derived CBD products to make it level with cannabis-derived CBD products) — though this rule is rarely enforced. Steenstra said that California is a location where the conflict between the regulations around hemp and cannabis could come to a head, and provide a potential nationwide solution.

Oregon, however, adds another complication. There, cannabis cultivators are reporting that some reckless hemp farmers are using “open pollination” methods, where they leave male plants outside near female plants. That pollen from the male plants can travel far, and ruin entire cannabis crops by forcing the flower-producing female plants to seed.

Currently, no state has regulations that make sure all of
2019’s new hemp farmers know what they’re doing with their male plants.

TELL US, do you think the CBD hype has gone too far?

Next The hemp industry buds in CT - Yale Daily News 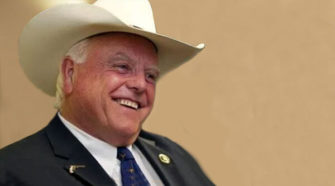