TAVARES — As state attorneys across Florida grapple with the legalization of hemp and its implications for law enforcement, the 5th Judicial Circuit has decided to take a case-by-case approach to drug arrests and use a recent medical marijuana-related legal opinion as a guide.

Law enforcement agencies in the circuit, which covers Lake, Marion, Hernando, Citrus and Sumter counties, have been advised to continue as usual until more case results come in and the prosecutor’s office is ready to deliver additional legal guidance.

“We are not going to follow the 19th and 15th (circuits),” Assistant State Attorney Toby Hunt, of Marion County, wrote in an email to assistant state attorneys across the circuit. “Rather, as I have previously indicated, we are going to address such issues on a case-by-case basis.”

The reason for that goes back to a July 9 decision from the 1st District Court of Appeal in which a man argued that the legalization of medical marijuana meant that the smell of the substance did not necessarily indicate criminal activity.

Jordan Johnson was arrested and accused of carrying a concealed weapon that officers found while searching his car after smelling “burnt marijuana.” Johnson argued that the search was illegal, but his appeal was soundly rejected.

According to Hunt, the case paints a strong roadmap for prosecution under the new law. The appellate court noted that at the time of Johnson’s arrest it was still not legal to smoke medical marijuana, nor was it legal for use while driving. Driving under the influence is still a crime.

According to that opinion, probable cause is still valid if the smell of “burnt” marijuana is detected.

Furthermore, it argues that if a person is driving around at 2 a.m. and smells of marijuana, as Johnson is said to have done, then the officer would have “reasonable suspicion” that the person may have been involved in criminal activity. Reasonable suspicion is a requirement for what’s known as a Terry stop, which gets its name from a U.S. Supreme Court ruling.

Hunt said that prosecution of crimes discovered during a search shouldn’t pose a problem. He added that minor drug charges “may be more problematic, but not necessarily impossible to prosecute.”

For law enforcement, that means business as usual, according to local agencies surveyed, including the police departments in Mount Dora, Leesburg and Eustis and the Lake County Sheriff’s Office.

According to LCSO Lt. John Herrell, detectives are working closely with the State Attorney’s Office to determine the exact right amount of probable cause needed to provide strong cases in court that a deputy or officer was right to search a person or vehicle.

“What we are encouraging our deputies to do is look for more than just the smell,” he said. Even if smell can work, he said, stronger is better when so many cases are being debated statewide.

The legalization of hemp, a plant nearly identical to cannabis that contains cannabidiol, or CBD, but not the high-inducing THC, has been causing headaches for prosecutors elsewhere in the state. At least one, State Attorney Jeff Siegmeister of the 3rd Judicial Circuit, told a reporter with the Florida Times-Union that drug dogs would have to be retired in his area, though his opinion was not widely shared.

Others said the dogs were still useful for establishing one portion of probable cause, and many said they issued guidance to law enforcement that an odor-plus standard would be necessary to establish probable cause, rather than the simple sniff-and-search that was used before hemp was legalized.

The reason dogs and smell could be compromised, attorneys have said, is that cannabis and hemp can’t be distinguished by smell or sight, even by dogs trained to detect THC.

Hemp can contain trace amounts of THC, up to 0.3%, meaning that even if a dog detects THC, it might not be pot they’re smelling. This makes probable cause difficult to establish.

Some attorneys have said they’d need to outsource to out-of-state labs to prosecute drug charges. According to Hunt and local law enforcement, that won’t be a concern unless and until court precedents make it one.

Governor, legislators are ironing out their differences on industrial hemp in South Dakota – KELOLAND.com

Rev Up Your Brain's Engine With These 5 Nootropics 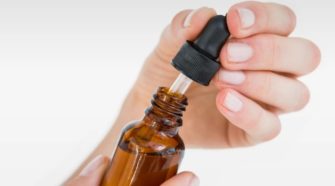