Sometimes I am amazed at my fellow conservatives. They can do such awesome things, and then at other times, I just have to shake my head. This has been just that kind of week in the Legislature.

Rep. Caroline Troy, after some incredibly hard work, bringing so many factions to the table, finally brought back her bill that would allow Idaho to consider what growing hemp in Idaho might look like and, in compliance with federal law, allow the transportation of hemp on our highways as it is trucked across the country.

This bill was to start a discussion, to explore what Idahoans wanted to do, address law enforcement concerns, work with the Idaho farmers, etc. But no. We can’t even talk about it because it might lead to the legalization of marijuana.

Folks, we are talking about an agricultural product already in our grocery and drug stores. I have hemp arthritis cream on my night stand.

Hemp products are everywhere in Idaho, but they aren’t grown or produced here. These products are produced elsewhere in this country, and all those dollars spent on hemp rope, lotion, foods — well, they are all leaving the state.

Sorry, but this was a no-brainer folks, and the loser was Idaho agriculture and the regions supported by it. Diversity in ag is extremely important. It’s one more tool in the tool box to ensure sustainability of our western agricultural heritage.

Moving along to a bill that actually made it to the House floor: HB 538 barely passed by six votes. Bravo. This legislation would regulate e-cigarettes and vaping the same way we regulate other tobacco products.

I heard ridiculous statements from learned legislators who know better. Suggesting that vaping is not dangerous is misleading, to say the least. Just because one can “vape” a substance as non-toxic as tomato leaves does not mean that is the substance of choice by most teens. They are vaping tobacco, tobacco that is laced with the highly addictive drug, nicotine. While nicotine itself is not harmful, the hot smoke from cigarettes damages the lungs and can cause cancer.

Vaping involves a newly marketed — and quite stylish — device aimed at young people. This device heats a lipid or oil-infused tobacco or other organic compound (often marijuana) in a way where it will convert into an aerosol through non-combustible heat. The tobacco-consuming customer will still become addicted, potentially for a lifetime, but will have less health risks than from inhaling smoke.

In the United States, tobacco companies have been losing users because, as consumers, we have been alerted and educated to the dangers of smoking. Usage has been dropping for decades and it has cost the tobacco companies a bundle, not only in sales but in the settlements paid to many states for misleading the public on the dangers of tobacco products – Idaho included.

In 1976, 30 percent of all high school seniors in America reported using tobacco at least monthly. By 2016, that number had dropped by 4 percent and was continuing to fall. By 2023 it’s predicted to drop another 5 percent.

Once again, the tobacco companies have come for our kids with their fancy marketing, to lure them into becoming lifelong users of their products with their fancy paraphernalia and candy flavored-infused tobacco.

As of Jan. 13, there were 2,602 reported cases of lung damage and 59 deaths from vaping. These products are dangerous and they need to be regulated the same way other dangerous drugs are.

I’m all for personal choices, but when it comes to keeping our kids safe, something as simple as regulating another tobacco-related product only makes sense.

It’s been a week of contradictions: On one hand, we are scared to death that the “hemp boogie man” might get our kids, and on the other, we are willing to risk our kids’ lives with vaping. It’s time to do the right thing, to use our common sense. Let’s hope the Senate approves HB 538.

Agidius represented Latah and Benewah counties in the Idaho House. She lives in Moscow. 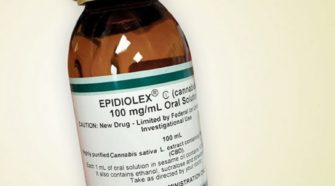