The number of applicants for the second year of the state’s hemp program more than quadrupled and, even though some have left the 2020 program, the number of active growers, processors and universities exceeds 500.

Alabama Agriculture Commissioner Rick Pate is satisfied with the response to the state’s Industrial Hemp Research and Pilot Program, launched by the Department of Agriculture and Industries early last year after the passage of the federal 2018 Farm Bill.

“About 60% who planted (a hemp crop) last year are planting again,” Pate said. “We made a commitment to (the program), and I certainly want people to participate in it.”

Pate said he sees hemp as “another tool” for farmers to diversify their production.

“We’re in the process of sprouting seeds now, and we’ll transplant (the plants) from the greenhouse to the field, probably around the last week of May,” Posey said.

In all, 1,700 hemp plants were planted on about 5 acres by Posey in 2019, but a storm with high winds and 2 inches of rain devastated much of his crop and forced him to harvest plants earlier than he planned.

“They didn’t get to mature the last four weeks like they should have,” Posey said.

“Last year was the first year of the program, and there is not enough history of hemp production to provide reliable data on yield or income,” said Gunter Guy Jr., general counsel for the Alabama Department of Agriculture and Industries. He said the department is asking growers to provide information, such as their yield and income, but “some farmers are not through selling last year’s crop.

“At this time, we don’t have enough reliable information to respond to total acres harvested or income.”

The Farm Bill reclassified hemp as an agricultural commodity instead of a Schedule I drug, but growing and processing it in Alabama is only legal for those who are approved as licensed growers, processors/handlers or universities by the ADAI. Samples must be pulled from production fields before harvest to ensure that the tetrahydrocannabinol, or THC, level is below 0.3%, according to Pate.

There were about 800 applications for growers, processors and universities combined this year compared to 182 in the program’s first year.

Potential growers submitted 617 applications for this year’s program, according to the ADAI. The state issued licenses to 422 applicants, and 407 of them remain active growers. There were 15 license recipients who withdrew from the program for reasons such as health, the economy and uncertainty about the COVID-19 pandemic. For anyone approved for a license, an additional $1,000 fee is due for each growing and processing/handling site.

About 175 potential processors submitted applications, and the number of active processors now stands at 97, the ADAI said. There were 120 licenses actually issued, but 23 license recipients have withdrawn from the program. Additionally, eight universities applied, and all were issued licenses.

“All six research universities (in Alabama) are participating this year,” Pate said. “That’s encouraging. They’re adding to the bank of information about hemp.”

Of the 182 applications ADAI received in 2019 from growers, processors and universities combined, 157 applicants qualified to participate in the program. Only 126 approved applicants actually planted a crop, according to Pate.

Hemp stalks and seeds are processed to make fabric, automobile parts, fiber board, carpeting, insulation, livestock feed and cannabidiol, or CBD, products including tinctures and oils, which are purported to relieve ailments from pain to seizures. The hemp-derived CBD market is projected to exceed $23 billion in annual U.S. sales by 2023, according to an analysis by the Chicago-based market research firm Brightfield Group.

Pate said results were mixed for the state’s 2019 hemp program, with roughly 4,000 acres in all planted across the state.

Some farmers had “beautiful fields” of hemp, while other fields were overtaken by weeds, he said. “We had people with spectacular hemp fields; some didn’t harvest anything,” Pate said.

“It’s a very labor-intensive crop,” he said. “I think that surprised some people.” 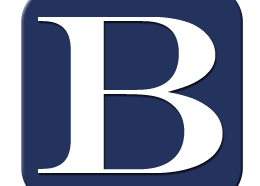 Sen. Schumer stops in Basom to call for financing guidelines for hemp farmers – The Batavian