Not only did farmers trying their hand at growing industrial hemp have to deal with the hazards associated with navigating a fledgling industry and a challenging growing season, but many are facing difficulties finding a market for their products.

UW-Extension Buffalo County agriculture educator Carl Duley said he spoke with about a dozen growers who attended two Hemp education and networking opportunities meetings earlier this month in western Wisconsin who had grown for CBD oil in 2019. At that time, only one of those growers had their product sold, Duley said.

“There’s lots of interest in CBD oil plants. There’s some concern about the market though: Is the market mature or organized enough yet? And we don’t have good answers on that yet,” he said. “This isn’t historically a new crop, but as far as where we are in are in marketing, it truly is a new crop for us.”

Hemp has three different possible products: the fiber/stalks, the seeds in the flower and oils. Duley said grain and fiber varieties of hemp are drawing less interest from growers than CBD varieties at this point.

“That makes sense because there really are very, very few markets at this point in time for hemp grain and hemp fiber,” Duley said.

The Wisconsin Department of Agriculture, Trade and Consumer Protection saw a six-fold increase in the amount of farmers registered to grow industrial hemp in the second year of the state’s pilot program that established rules for growing the crop that was legalized in 2017.

This year, the state had 1,247 growers and 556 processors who were licensed and registered, according to Brian Kuhn, director of DATCP’s Plant Industry Bureau. Of those, about 850 growers reported actually planting a crop.

About 5,000 acres of hemp were planted this year in both fields and greenhouses throughout the state, up significantly from the first year of the program, according to Sara Walling, DATCP’s Division of Agricultural Resource Management administrator.

But the crop has no established market and it comes with a high cost to establish, grow, harvest and convert into a marketable product.

Prices for hemp flower, grain, fiber, oils and CBD fluctuate widely in the U.S. because the industry is in a very early stage and constantly developing, and DATCP recommends growers research available markets before planting. The state will have to develop processing facilities.

Growers who are unwilling or unable to sell their hemp at the end of the growing season have several options, including requesting permission from DATCP to destroy or burn the crop, plow it under or compost it. If the crop has tested at 0.3% THC or lower, growers are allowed to bale and store it.

Under current law, growers must destroy their crop at any location where samples test above the 0.3% THC threshold. Of approximately 2,200 hemp samples taken this year, about 13% of the samples resulted in crop destruction.

Duley said he hopes research into different hemp varieties next year is able to address a possible correlation between high CBD levels with increased THC content.

“We don’t have very good data on this, but there’s some indication that once the CBD level in the plants gets to a certain level, it seems like almost universally, the THC in those plants gets high also,” Duley said. “That’s pretty variety-dependent, so people have to be pretty careful with the varieties they purchase.”

Duley said weather can also play a role in bumping THC levels up to above the 0.3% threshold.

“As harvest gets delayed, if you delay too long, the THC levels tend to go up a little bit,” Duley said. “That’s a concern, especially in years like we had this year with wet weather.”

Duley in Buffalo County and Chippewa County UW-Extension Agriculture Agent Jerry Clark participated in what was a total of four industrial hemp trial field sites across the state. Fifteen varieties of mostly grain and dual-purpose grain and fiber varieties of industrial hemp were grown on the test site as researchers attempt to eventually identify the best options for growers.

Duley said hemp loves heat and needs a fair amount of moisture and nitrogen, based on the first year of trials from the county plots.

The Buffalo County plot came up well right after planting in mid-June, Duley said, but during a two-week stretch of rain and cool temperatures, weeds took off, overrunning the site.

“The hemp doesn’t grow very well in cooler temperatures,” Duley said. “The information is pretty clear from other states that have been doing research longer than us that delaying the planting until you’re pretty sure you’re going to get some heat is a good idea.”

Duley said the fertilizer and seeding-rate trials in Buffalo County had to be destroyed after the weeds took over the site. Strip trials of grain and dual-purpose grain and fiber varieties had better luck, but rain during the time they should have been harvesting prevented them from taking grain yields, he said. 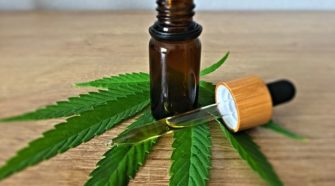