FRANKFORT, Ky. (WKYT) – The hemp and CBD industry in Kentucky continues to grow, and it could help bring medical marijuana to the state.

Many CBD products were on display during the Kentucky CBD/Hemp Trade Show on Saturday. Organizer Carmine De Santo says it shows the industry’s success. Kentucky is one of the top states for hemp farmers.

De Santo says some people confuse hemp for marijuana. Hemp has similar properties, but it doesn’t include THC, which is what makes people high. However, he believes the success of hemp could be clearing the path for medical marijuana in Kentucky.

House Bill 136 would legalize and regulate medical marijuana in Kentucky. It passed its first hurdle this week after it was approved by a committee with a vote of 17 to one. It’s expected to come up for a House vote soon.

Despite its overwhelming support, there are still some questions and concerns by lawmakers. Representative Joe Graviss (D- District 56) says he wants to make sure there’s enough research done first.

“We just need to be very careful that we don’t let the process get ahead of the science,” Graviss explains. He says his number one priority is protecting the people of Kentucky though, because whether it’s hemp or medical marijuana, he wants to help the people who make it all possible.

“We really need to work with our farmers and our producers and processers to make sure that everybody can benefit from this terrific opportunity that we have,” Graviss says. 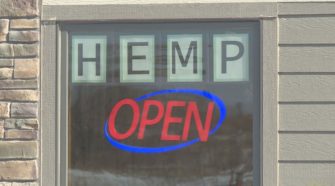