In May, the HIA launched its “Hemp is Legal” campaign aimed at pressuring Facebook to implement an advertising policy change starting with a digital call to action in Times Square that reads: “Facebook: Stop Censoring Hemp.” Facebook has since issued policy updates including an announcement eliminating the restriction on CBD topicals on their marketing platform. Now, the HIA draws attention to another critical challenge facing hemp entrepreneurs – discrimination from financial institutions and law enforcement.

“We must continue to promote the HempisLegal.org website as an education campaign and resource,” said HIA Executive Director, Colleen Keahey Lanier. “We cannot continue to allow law enforcement and financial institutions to draw incorrect conclusions about the legal hemp industries. It is a huge disruption to the legal hemp industries nationwide, including hemp farmers and businesses.”

According to Federal law, states should not prohibit the transport of hemp across state lines. Yet commercial drivers continue to be stopped and arrested by police who cannot distinguish the crop from Federally illegal marijuana. Even hemp-derived CBD vendors have found themselves victims of police raids, with owners being arrested and charged for the felony distribution of marijuana. The only way to correctly identify hemp from marijuana is to test and measure tetrahydrocannabinol, or THC, and most police departments are not currently equipped with the technology required to do so on the spot.

“We need the U.S. Department of Agriculture (USDA) to come out with uniform testing standards for law enforcement, which right now do not exist,” said President and Founder of Hoban Law Group, Bob Hoban. “Most of the seizures we’ve seen in the last three to six months have all been because of testing problems and testing protocols, not because the plants were really marijuana.”

“It would be nice if Federal law enforcement and the USDA put on police training or seminars to discuss the basis for the industrial hemp industry, and that this is different from marijuana, and that people are not trying to use industrial hemp to sell marijuana products because it just doesn’t work that way,” Hoban said. “There’s a robust enough marijuana market that’s legal, commercial and regulated, that nobody in the hemp industry has any economic incentive to do anything in the marijuana side of the industry.”

Hemp contains less than 0.3 percent THC, which is non-intoxicating and is legal under the U.S. Agricultural Marketing Act of 1946. Current field tests used by law enforcement only test for the presence of THC, with no indication of the amount, and even drug-sniffing dogs will alert on both plants. However, law enforcement is not the only issue the hemp industry still faces.

“In order to make hemp a true rotational crop in the U.S. and provide an alternative commodity, it is imperative that farmers and producers have adequate access to financing through normal banking channels,” said COO of Bish Enterprises, Andrew Bish.

Despite the passage of the 2018 Farm Bill, in which hemp was redefined as an agricultural commodity, explicitly removing it from the purview of the Controlled Substances Act and the jurisdiction of the Drug Enforcement Administration, Federal banks and financial regulators have yet to provide clear direction to prevent banking discrimination toward the legal hemp industry. This lack of clarity leaves banks uncertain about whether they can legally provide services to industrial hemp businesses.

“Hemp is taking over as the nation’s greatest agricultural commodity,” said CEO of Bluebird Botanicals, Brandon Beatty. “It’s downright silly that while the 2018 Farm Bill legalized hemp on the federal level, U.S. banks still can’t see the writing on the wall. We are hopeful that our partnership with the HIA to bring awareness to this issue helps open up the dialogue to ensure hemp companies have the same access to banking as any other agricultural industry.”

For more information about the campaign, visit:  www.HempIsLegal.org

About the Hemp Industries Association ®

Hemp Industries Association ® (HIA®) is a 501(c)(6), membership-based, non-profit organization that works to advance the hemp economy and educate the market for the benefit of members, the public, and the planet. Since its founding in 1994, The HIA has worked tirelessly for its 1,600-plus members to expand and protect the sale and marketing of hemp products. The culmination of that work was the passing of the 2018 Farm Bill, which officially redefined hemp as an agricultural commodity and removed it from the purview of the Controlled Substances Act, thereby paving the way for a massive expansion of the market and positioning hemp producers to be a global economic force.

For interviews with HIA leadership, contact Robert Hamm at Robert@theHIA.org 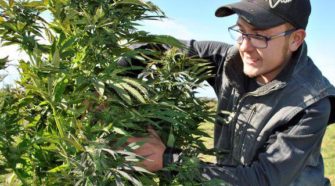