Hemp, Inc. (OTC PINK: HEMP), announced today its support of new bi-partisan House legislation that would promote hemp-derived CBD as a substance that could be lawfully marketed as a dietary supplement instead of a drug.

House Agriculture Committee Chairman Collin Peterson (D-Minn.) sponsored the legislation (H.R. 5587), and found support from lawmakers on both sides of the aisle. The new legislation amends the Federal Food, Drug, and Cosmetic Act to change the way the Food and Drug Administration regulates the product. Hemp and its derivatives were federally legalized under the 2018 Farm Bill, but the Food and Drug Administration (FDA) is still in the process of developing regulations that would let businesses sell it in the food supply or as nutritional supplements.

Under Colin Peterson‚Äôs (D-Minn.) new legislation, the Agriculture Department would be required to study ‚Äúregulatory and market barriers‚Äù for hemp farmers and would amend the Dietary Supplement Health and Education Act (DSHEA) by carving out a specific exemption for hemp derived CBD.

‚ÄúThis new legislation will be very beneficial to small hemp farmers because it will remove a lot of regulatory and market barriers that hemp farmers face. It will also provide more regulatory certainty,‚Äù said Hemp, Inc. CEO Bruce Perlowin. ‚ÄúThis legislation provides clarity in the marketplace, creates a pathway for hemp-derived products, and more opportunities for hemp farmers.‚Äù

The bill, which has been referred to the Agriculture and Energy and Commerce Committees, also includes a provision that would require the U.S. Department of Agriculture (USDA) to research the costs of destroying hemp with excess THC content, the costs of implementing a hemp testing program, the ‚Äúfeasibility‚Äù of the testing timeline farmers must follow and ‚Äúother known or potential challenges‚Äù related to participation in a domestic hemp market. The department would have to issue a report on its findings within one year of the bill‚Äôs enactment.

To see 1-minute videos of Hemp, Inc.‚Äôs current activities, go to Bruce Perlowin‚Äôs personal Facebook page where he posts daily on all of Hemp, Inc.‚Äôs activities around the country. Additionally, follow Hemp, Inc. on Facebook, here; on Instagram, here; and on Twitter, here.

What is Hemp, Inc.? With a deep-rooted social and environmental mission at its core, Hemp, Inc. seeks to build a business constituency for the American small farmer, the American veteran, and other groups experiencing the ever-increasing disparity between tapering income and soaring expenses. As a leader in the industrial hemp industry with ownership of the largest commercial multi-purpose industrial hemp processing facility in North America, Hemp, Inc. believes there can be tangible benefits reaped from adhering to a corporate social responsibility plan.

Hemp, Inc. entered into an agreement with 2 Manifest Studio, LLC, a Wyoming, Limited Liability Company (VED), to create a documentary and subsequent docuseries over the course of an estimated five years.¬Ý Per the terms of the agreement, VED will create a feature length film and corresponding docuseries and other video materials about the history of hemp with a strong focus on Hemp, Inc. and other pioneers and companies that are leaders in the modern-day history of industrial hemp. The content will be wholly-owned by Hemp, Inc. 2 Manifest Studio Director Joseph Trivigno and his team have been tracking Hemp, Inc.‚Äôs progress, as executives meet with farmers throughout the country to document the company‚Äôs expansion into new markets.¬Ý The documentary is expected to be released by 2020. The docuseries is expected to follow the film‚Äôs release. The film crew will also capture hemp developments in markets around the globe.

THE DIFFERENCE BETWEEN HEMP AND MARIJUANA

Hemp is completely different from marijuana in its function, cultivation and application. In cultivating marijuana, the plants are spaced far apart, and the male plants are destroyed to assure that they cannot seed the female plants, which would result in undesirable, less potent and less marketable, seeded marijuana buds. Hemp, on the other hand, is planted close together and commonly hermaphrodites, which creates an abundance of seeds, the main component of Hemp foods and supplements. The Hemp stalks are processed and used for fiber, composite, and other hemp based end products.

Hemp is used in variety of other applications that marijuana couldn‚Äôt possibly be used in. These include healthy dietary supplements, skin products, clothing, and accessories. Overall, hemp is known to have over 25,000 possible applications. Hemp products such as Hemp Milk, Hemp Cereal, and Hemp Oil are used by consumers every day.

For an excellent read on the difference between hemp and marijuana, visit the Ministry of Hemp.

HOW HEMP CAN CHANGE THE WORLD

Fiber ‚Äì Hemp fiber can be used to make fabrics and textiles, rope and paper. The word ‚Äòcanvas‚Äô actually derives from the word cannabis.

Fuel ‚Äì While the industrial, medicinal and commercial properties of hemp have been known to mankind for a very long time, its benefits to the environment have just been realized in recent years. One of the compelling things hemp offers is fuel. With reserves of petroleum being depleted, it would be nice if we could have a fuel source which was reusable and which we could grow right here, making us completely energy independent.

Food ‚Äì Hemp seeds are very nutritious and were first thought to be eaten by the Ancient Chinese and Indians. Hemp seeds have a nutty taste and can be eaten raw, ground up, sprouted, or made into dried sprout powder. Hemp seeds also contain a very beneficial oil that is high in unsaturated fatty acids, including an optimal 1:4 ratio of omega-3 to 6.

Building Material ‚Äì Hemp can be made into a variety of building materials. These include concrete-like blocks called ‚Äòhempcrete‚Äô, biodegradable plastics, and wood replacements. These materials have been used in the manufacture of many things, including electronics, cars and houses. In fact, the first American home made of hemp-based materials was completed in August 2010 in Asheville, North Carolina.

Biofuel ‚Äì Remarkably, the oil from hemp seeds and stalks can also be made into biofuels such as Biodiesel ‚Äî sometimes known as ‚Äòhempoline‚Äô. While this biofuel can be used to power engines, it does take quite a lot of raw material to produce a substantial amount. 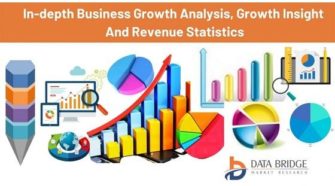